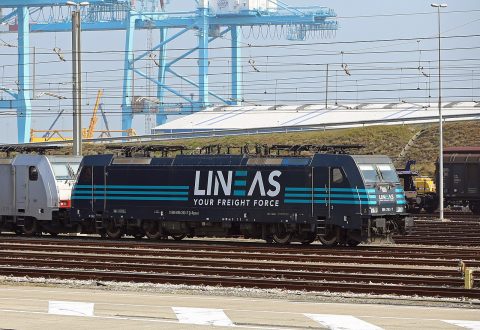 Belgian private rail freight operator Lineas will need about 100 million euros in fresh capital if it is to execute the new strategy as envisioned by CEO Bernard Gustin. Among other things, the company wants to get back into the black starting in 2025.

Speaking to Belgian daily De Tijd, Gustin said the company is banking on a new shareholder, which would be its third, to supply the additional capital. As well as returning to profit, Lineas also wants to use the money for a new north-south connection via Luxemburg.

The freight operator has written losses for some time, due to a combination of the COVID-19 pandemic, severe flooding in Belgium in 2021 and the current spike in energy prices. Lineas’ energy bill has reportedly ballooned by 20 million euros in the current year. To date, the company has been able to reflect this in what it charges to its customers, but according to Gustin the situation has hit breaking point in that some customers are considering road transport again.

The chief executive, who joined the company earlier this year, also says that Lineas may have been a bit too ambitious in the past and that it now has to reduce complexity and the number of lines it serves. The operator now wants to focus on moving freight from Belgian ports to Italy, Spain and Scandinavia.

Gustin also wants to differentiate between block trains and those carrying single wagon loads. The latter category reportedly generates around 15 percent of Lineas’ turnover but also for accounts for up to 50 percent of the company’s losses. The CEO did, however, stress that accommodating single wagon loads would remain crucial for the future of rail freight.

Gustin joined Lineas in February of this year from Brussels Airlines. He received a mandate to shake things up and balance the books.

This piece was first published by our Dutch sister publication NT.