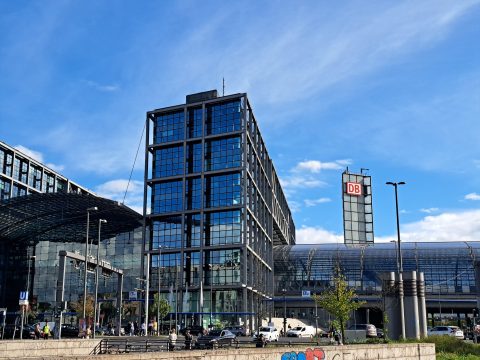 Deutsche Bahn (DB) is collaborating with Australian energy group Fortescue Future Industries (FFI) to turn diesel engines into ones running on ammonia and hydrogen. “Overall, both companies are investing a mid-six-digit amount in the development project”, said DB. The initial phase of the project will focus on modifying diesel engines used on locomotives and traction vehicles.

The key technology for this process is provided by German company Ammonigy, specialised in the operation of combustion engines through the use of ammonia-hydrogen. By using an ammonia cracker, Ammonigy is able to turn a small part of ammonia into hydrogen, which is then mixed with the remaining ammonia as an ignition gas.

“This innovative engine makes it possible to continue operating existing diesel vehicles without producing any emissions”, commented Daniela Gerd tom Markotten, DB Board Member for Digitization and Technology. The ammonia hydrogen engine, in fact, is based on existing diesel ones that will be adjusted.

In addition, DB claims that the testing of ammonia hydrogen engines is more advantageous than embracing ones that fully run on hydrogen. This is because ammonia is denser than hydrogen, making it easier to transport and store.

The two companies pledged to cooperate on the logistics and supply chain for green fuels as well. In fact, DB is willing to provide FFI with its network for the transportation of ammonia and hydrogen in Europe. “We can already transport liquid-bound hydrogen in conventional tank wagons. It’s efficient and uncomplicated”, confirmed Sigrid Nikutta, DB Board Member for Freight Transport.

The developments in sustainable rolling stock and the surrounding infrastructure to phase out diesel are central at the Rail Infra Forum on 15-16 March 2023 in Berlin, Germany. Click here to take a look at the programme.