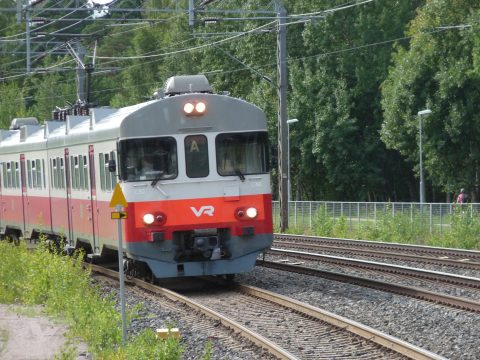 Finland’s national operator VR Group has agreed on a deal with Suomen Lähijunat Oy to sell 11 Sm2 train units to the new rail operator. Suomen Lähijunat will repair and modernise the trains for new operations.

In February this year, VR Group announced the decision that it will put the equipment for which it has issued a so-called recycling decision up for sale, also to non-museum operators. The 11 Sm2 trains are ‘not suitable for rail traffic use as such’, says Topi Simola, director of passenger transport at VR Group. However, a new operator sees a future for the old trains.

Suomen Lähijunat Oy is a new national passenger train operator founded at the end of last year that plans to start commuter train operations between Turku and Uusikaupunki in winter 2024-2025. Later, trains to Naantali, Loimaa and Salo are planned to be added. The trains bought from VR will be repaired and modernised, and made better accessible with a low entry to the train, says Pekka Möttö, who is behind the new operator and also co-founded bus operator Onnibus, to RailTech.

The sold trains were manufactured between 1975 and 1981, when a total of 50 units of Sm2 trains were built. VR has decommissioned 14 units, taking the necessary parts from them before selling them. For 36 units, a life cycle extension investment project has been made and will be made between 2020 and 2023, with the goal of extending the life cycle of the fleet until 2030.  For this, some of these parts will be used. The three of the decommissioned units that are not sold remain in VR’s possession in case of possible more extensive damage repairs are needed for the trains which life cycle will be extended.

The 11 sold trains will be transferred to the buyer no later than 31 October 2022, it was announced. The costs of transporting the vehicles remain with the seller VR Group.

According to VR, the decision to sell the recyclable equipment was made when interest in the equipment first appeared. Any equipment that received a recycling decision are to be announced on VR’s own website. Decommissioned equipment is sold to the buyer according to the price of scrap metal determined at the time of the transaction, and the scrap price is determined by an impartial party.

This is our very good project I am blessed you..

This is our very good project…

This is really a very good and nive project👍

This article is very uusefully ..i recommend this website

You explained so clearly and in details! I have learned a lot thanks to you. This is very helpfull for me , thanks for share this awsome information.