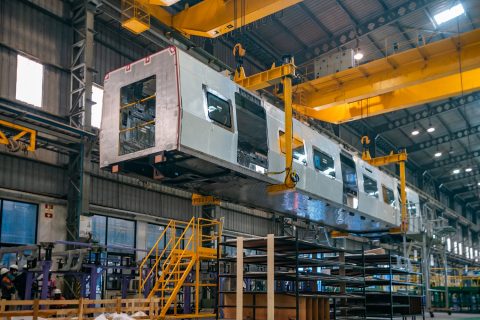 The semi high-speed train, which can reach speeds of up to 180 kilometres per hour, will be used by the National Capital Region Transport Corporation’s (NCRTC) on 82,5-kilometre-long Delhi-Ghaziabad-Meerut RRTS line. Once operational, travel time is expected to drop by 40 percent.

The train sets are manufactured under a 2020 agreement to the tune of 436 million euros for 210 regional trains and associated maintenance, as well as signalling and train control systems plus telecommunications. The design was revealed in September 2020 and manufacturing began in July of the following year.

The trains are built locally, in line with the government’s Make in India programme. The bogies and bodies are produced in Savli, the propulsion and electrical systems are made at the Maneja site, also located in Gujarat state.