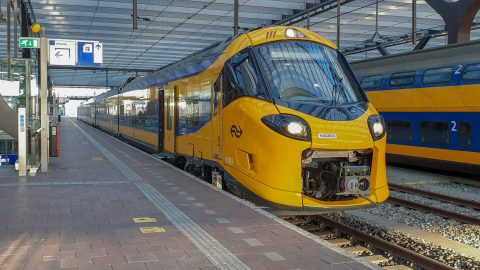 Dutch Railways (NS) is in the proces of introducing its next-generation intercity trains, the ICNG. The so-called ICNGB will also cross into Belgium. Manufacturer Alstom on Friday provided an update regarding its introduction.

NS hopes to enter its first of 79 train sets into service later this year. The INCG will replace the current rolling stock on the the Dutch high-speed line (HSL), were the company uses a Traxx locomotive and ICRm wagons.

While introductory runs have been made with the ICNGB as well, the certification for use in Belgium is yet to be completed, Alstom told RailTech’s sister publication SpoorPro. “The necessary paperwork has been filed with the European Railway Agency (ERA)”.

Dutch and Belgian authorities are currently evaluating the various documents required for entering the ICNG into service, Alstom also said. “Apart from that, as is the case with all new trains in the Netherlands, an extensive trial and testing period will commence for trains currently being manufactured”.

The Hague and Eindhoven next

The ICNG will make its debut on on the Amsterdam-Rotterdam-Breda line, and efforts are being made to ensure this happens before the end of the year. As for the ICNGB and its operations in Belgium, Alstom says NS will continue running it throughout the year, steadily increasing the frequency and speed of the trial runs. The company can’t say when the train sets will officially be readied for use across the border.

For this reason, the new rolling stock will be introduced between The Hague, Rotterdam and Eindhoven next before eventual use on the HSL to Antwerp and onwards to Brussels.

“On top of that, the ICNGB’s interior offers more luggage space and features an additional toilet. The trains exterior will be revealed later this year”.