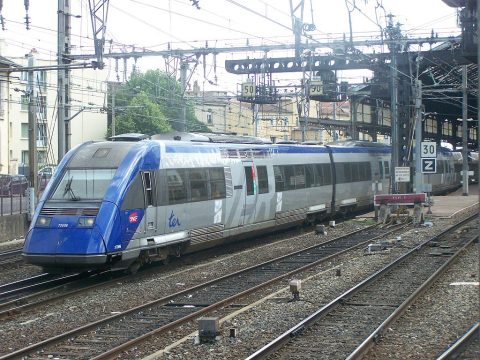 New operator Railcoop has postponed the launch of its Bordeaux – Lyon passenger service for the second time. The launch of Railcoop’s first passenger line was scheduled for 11 December 2022, but has been postponed as the cooperative says it faces persistent barriers as a new rail company in cooperative form.

The launch date of December 2022 was established after a first postponement of six months, but with remaining barriers this launch date will also not be achieved.

The reasons for the postponement of the first passenger service are twofold. First of all, the finalisation of the financial package remains conditional on the firm and definitive commitment of the banks, institutional investors and actors of the Social and Solidarity Economy (SSE).

Railcoop says it is now aware of the fact that the financial and banking players are reluctant to commit themselves, “including the players who claim to support the emergence of new economic models and the development of rural areas, in the face of a promising but nascent market.” Second, the availability of the rolling stock depends on the ability of the industry to renovate the available second-hand trains within a reasonable timeframe.

Licence and safety certificate in the pocket

Railcoop has already achieved several milestones, including obtaining a railway company licence and a single safety certificate in the autumn of 2021 and launching a free service in November 2021. The first freight service of Railcoop was established last year.

A new concept in the railway market, the cooperative railway company has raised nearly 7 million euros in equity capital from 12,000 individual members, 200 companies and associations, and 30 local authorities. According to Railcoop, the difficulty of the banking players to support the risk of traffic on a rail service which is not operated at a high level shows the need to provide more appropriate support for the opening of the market. “In particular by setting up public guarantee mechanisms to facilitate access to loans.”

After several months of negotiations, Railcoop has signed the contract for the sale of the X72500 trains from SNCF Voyageurs. These trains were previously used by the Auvergne-Rhône-Alpes region for TER services. These are thermal railcars and can therefore travel on non-electrified lines such as those between Bordeaux and Lyon. The interior layout of the trains will be completely reviewed, so that it corresponds to a long-distance service.

However, they will not be available by the end of 2022, as initially planned. This appears from the discussions with the pre-selected manufacturers for the renovation of these trains. At the same time, Railcoop is working on other avenues for acquiring new equipment. Discussions are ongoing with Alstom, Siemens, Stadler and Titagarh Firema, it is mentioned on Railcoop website.

The operator is continuing to build its Bordeaux-Lyon service, and it says it has a good understanding with its various partners, such as infrastructure manager SNCF Réseaux for the train paths, SNCF stations and connections for the development of station areas and with Isara for on-board catering and development of ticketing tools.

The launch date of the service from Bordeaux to Lyon is now conditional on two elements, and therefore still unsure. The finalisation of the financing plan is the first, which determines the date of entry into the workshop for the renovation of the entire fleet necessary for the launch of the service.

Second is the exact delivery date of the renovated trains. Railcoop says its commitment to its members and territories remains unchanged: “the railways will once again occupy a central position in France’s mobility and territorial development”.