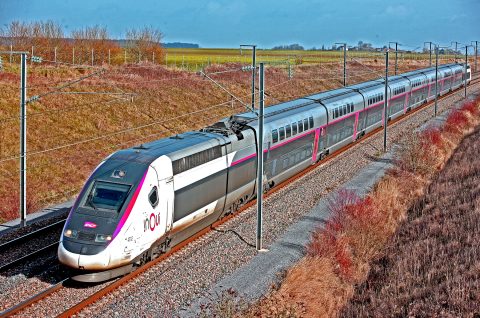 The French state railways SNCF has set its ambition to reach 200 million passengers on their TGV InOui high-speed trains by the year 2030, the company announced at the start of a new campaign this week.

While launching a new campaign to sway people to take the high-speed train, SNCF has set a clear goal for the future. The company says it wants to ‘reaffirm its place in the lives of French people’, and attract more passengers to their high-speed trains.

TGV inOui is the brand name of premium TGV train services operated by SNCF since 2017. There used to be just the ‘TGV’, but SNCF is in the process of separating the ‘classic’ TGV services into the premium inOui and the low-cost Ouigo brands.

The name ‘inOui’ was adopted because it resembles the French word inouï, which means “extraordinary” or literally “unheard of”, said strategic planning chief Mathias Vicherat at the time to news outlet The Connection.

Maintaining a more luxurious service but also offering high-speed rail in a cheaper range is a strategic move to prepare for more competition on France’s high-speed rail infrastructure. Effective from December 2020, high-speed lines are based on an open-access footing unless they are governed by a regional contract. For example, Spanish operator Renfe is in the process of opening a branch in France, and Trenitalia launched a connection from Milano to Paris with a Frecciarossa train last December. More European operators could see business opportunities on the French high-speed rail network.

Meanwhile, SNCF is also spreading outside of France, for example launching the Ouigo trains in Spain. Christophe Fanichet, CEO of SNCF Voyageurs said about this: “The opening of the rail passenger transport market is an opportunity to demonstrate the unique and comprehensive know-how of SNCF Voyageurs in all business lines and on all markets”.