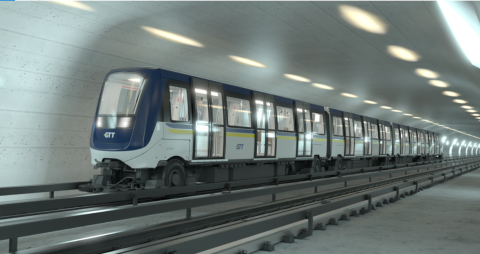 The automation grade 4 CBTC system will replace the existing signalling system on Line 1. It will also be deployed on the 3,4 kilometre long extension currently under construction. This will raise the total length of Turin’s Line 1 to 18,5 kilometres. The system will allow for fully automated operation, which, according to Alstom Italia general manager Michele Viale, can increase capacity on the line.

The 156-million euro turnkey contract also includes the purchase of 4 new Metropolis trains for a total capacity of 320 passengers. The agreement includes an option for another 12 trains. Another option in the contract leaves room for the installation of the signalling system in a new depot, construction of which is currently underway.