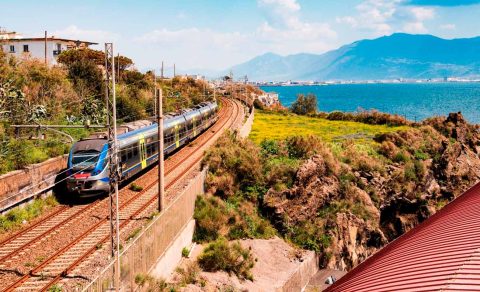 Italian operator Trenitalia has obtained a non-repayable fund contribution of over 6 million to install on-board ETCS systems to their trains. For the further installation of ERTMS on the tracks throughout the country, railway manager RFI has published a European call for tenders worth €2.7 billion.

Trenitalia aims to have ERTMS installed on its train. With support of the European Investment Bank (EIB) and Cassa Depositi e Prestiti (CDP), it has obtained a non-repayable contribution fund of over 6 million.

Of the resources received by the EIB, approximately 4 million euros will be used for the installation of the ERTMS on 76 regional hybrid trains. From Cassa Depositi e Prestiti comes a non-repayable fund of 2.2 million euros which will be reserved for updating the system on 12 high-speed trains intended for international and cross-border traffic between Italy-Switzerland-Germany (seven ETR 610s) and internal traffic within Greece (five ETR 470s).

In particular, the high-speed ​​trains will be subject to a technological upgrade with the installation of ERTMS Baseline 3, which is the most updated version of the train control system.

New tenders for the infrastructure

The installation of ETCS on the tracks is also continuing. The publication of a call for tenders of 2.7 billion euros is in line with the commitments established by Italy’s Covid-19 recovery funds which plans to equip 3,400 kilometres of railway network with ERTMS technology by 2026. Earlier, RFI had already issued a tender for 700 kilometres of lines in Sicily, Lazio, Abruzzo and Umbria.

The European Rail Traffic Management System is the railway technological system chosen as the common European language: this train command and control apparatus favors interoperability between railway operators from different countries, improving performance and ensuring greater safety. Once installation is complete, the Italian network will count approximately 16,800 kilometres equipped with ERTMS, with the renewal of the entire command, control and signaling system.

The strategic direction of RFI is to accelerate the implementation of ERTMS on its entire network by 2036.  Along with this, the technological investments for the renewal of digital station equipment are already underway, progressively replacing the pre-existing signaling systems with fully digital and interoperable technology.