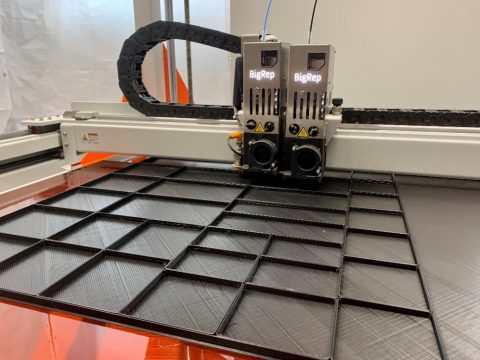 Parts for a train that are difficult to deliver, Deutsche Bahn can now 3D print by itself. The German operator is for the first time using own 3D printers in the train workshop to speed up train maintenance.

In the maintenance workshops in Nuremberg and Neumünster, the company is putting its own large-format and particularly powerful 3D printing machines into operation for the first time. They produce plastic spare parts for trains, but also tools and aids for employees.

According to DB, it is faster, more resource-saving and sometimes even cheaper to produce parts using the 3D printing process than using conventional methods. They call 3D printing a ‘key technology’ in order to have the right spare parts on hand even in times of global delivery bottlenecks and a shortage of raw materials. The end goal is to increase the number of available vehicles.

It’s not the first time Deutsche Bahn makes use of 3D printing, but previously the parts were printed with the help of partners. Now DB is rolling out the use of 3D printing and is producing more and more products itself. Since 2015, DB has used more than 26,000 parts from 3D printing for a total of 300 different applications. The spectrum ranges from coat hooks made of plastic to 17 kilograms of “box backdrop” made of metal for an ICE. Deutsche Bahn has now also integrated 3D printing as an integral part of training in its plants.

In the maintenance workshop in Neumünster, DB will manufacture plastic spare parts for its trains. These include, for example, ventilation grilles, handles or covers. Some of these parts are no longer available or can only be obtained after a very long waiting period or at high costs. The 3D printing machines in Neumünster can process materials that meet the special technical requirements for components in trains, such as special flame resistance.

In its maintenance workshop in Nuremberg, DB prints tools and aids that make work easier for employees. These include, for example, stencils with which pictograms are stuck on or headlights covered when a train is being painted. These stencils save time-consuming customisation or masking and are made from recyclable material.

With the stencils, gluing seat numbers on does not take eight, but only three minutes – the stencil created in 3D printing saves five minutes per seat. As part of the modernisation, a good 8,700 seat numbers are glued in Nuremberg for all 58 refurbished ICE 1 trains. Here alone there is a time saving of almost 730 hours.

Assembly aids are also printed in Nuremberg. For example, they make it easier to tighten screws that are difficult to access. This also saves time that employees have for other work. Employees can submit suggestions for new applications in an internal competition. 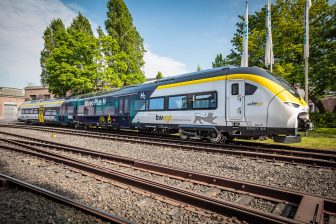 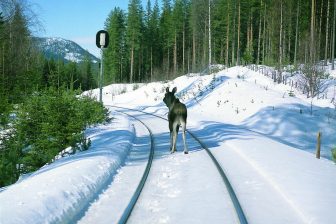 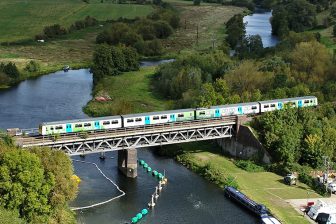