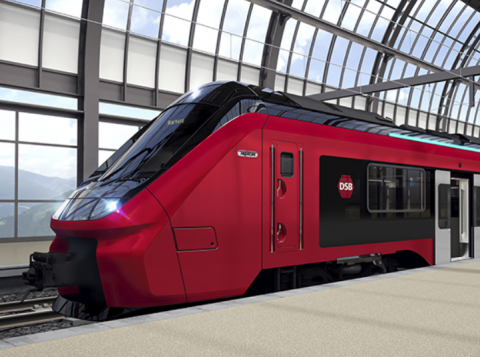 Train manufacturer Stadler has filed a complaint with Danish State Railways (DSB) about the award of the contract of 100 new electric trains to Alstom. The award was announced on 12 April this year. Stadler says not to believe that Alstom’s bid is conditional, and that the bid meets all of DSB’s requirements.

DSB pre-qualified Siemens Mobility and Stadler 2018, in addition to Alstom, to bid in the tender. Alstom was awarded the contract following a thorough EU tender process in April. The plan is for Alstom’s electric Coradia Stream trains to form the backbone of Danish train traffic and replace the IC3 and IC4 diesel train sets.

“It is not uncommon for the losing party in a tender of this size to appeal the decision. We are aware, for example, of two current cases in Austria and Switzerland where Alstom has lodged a complaint about allocations to Stadler”, says Jürgen Müller, Director of Strategy and Train Equipment at DSB.

The tender is part of the ‘Fremtidens Tog’ (Train of the Future) programme of the Danish railways. This includes a total of 150 expected train sets and maintenance of these for up to 40 years is the largest investment in DSB’s history. The total investment is estimated at more than 2.6 billion euros (DKK 20 billion).

With the new electric trains, DSB aims to retire its ageing diesel trains in the following years. The Alstom trains are planned to be put into service in late-2024, with the last deliveries in 2030. Next to the new electric trains, the programme also includes the procurement of electric locomotives and new carriages. In addition, it includes preparatory work for the S-Train of the Future.

Jürgen Müller says that DSB has chosen the offer which lived up to the technical requirements and was at the same time the most attractive from an economic point of view. “In other words, it is the offer where DSB got the most quality for the money”, he said.

“We could not have awarded the order differently based on the tender. We have run a professional and transparent tendering process, and this is also the feedback we have received from the market. I therefore hope that we can settle the matter as soon as possible, so that we can move forward with the purchase”, states Müller.