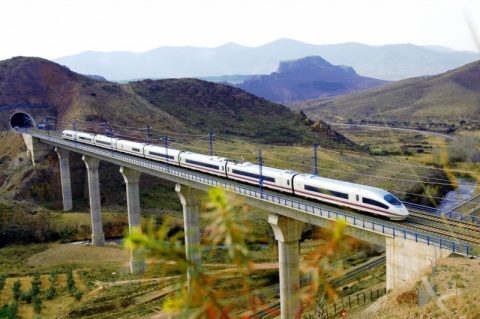 Renfe is replacing the tender for 72 Medium Distance and Cercanías commuter trains. The company will refrain from buying hybrid diesel-electric trains, and will prioritise technologies such as hydrogen for trains that run on non-electrified tracks.

Renfe was already well underway with the replacement of its older diesel rolling stock. The tenders for the fleet renewal began in 2019. For this, the company has already bought 248 trains in the last year for for an approximate value of 3,000 million euros, which represents 78 percent of the plan.

Next to electric trains for the lines with catenary, Renfe said in March last month that it planned to award two contracts for the acquisition of 43 Medium Distance trains and 38 Cercanías trains, all of them hybrids. With this weeks decision, this is off the table. Renfe’s board of Directors decided that these hybrid trains are not sustainable enough, and will look at other options.

The first of the fleet renewal tenders was awarded to CAF in June 2020. Among these 31 trains, there are 5 hybrid trains in the contract. Just this March, the operator signed a contract for 152 trains from Alstom and 59 trains from Stadler, both electric. The 72 trains pending award, 22 percent of the total, will be put out to tender in the coming months and represents a total amount of more than 1,300 million euros.

Renfe will now acquire trains with other technologies, for which the company explicitly mentions hydrogen, but this is not set in stone. The decision of the Renfe Board of Directors means to desist from the aforementioned award processes under the provisions of Article 86 of Law 31/2007, October 4.

The acquisition of diesel material would be contradictory to our social and environmental responsibility, says Renfe. At the same time, it would mean a purchase of assets that could not be profitable. Their useful life would be considerably affected by the limitations on greenhouse gases, according to the operator.

The acquisition of trains with clean fuel technology, such as hydrogen, is a decision that is aligned with the main national and European institutions, which could be susceptible to incorporating financial aid for Renfe and for the manufacturers of trains that could win the tender.

The Spanish state-owned operator has among its objectives to achieve a significant reduction or even the elimination of non-renewable energy sources, from which diesel-powered trains are fed. In recent years, the company says to have reduced its carbon footprint by 90 percent.

Renfe promotes the purchase and production of green energy both in its facilities and in its trains. Renfe acquired around 2.5TWh of certified green electricity in 2019, and says to be the first certified green energy consumer in Spain. This represents all of the company’s electricity consumption and should allow a reduction of more than 7 million tons of CO2 to be achieved by 2030.

Why are trains still be made of heavy steel or energy intensive embedded aluminium? Save greenhouse gas with lighter trains because the weight of the train is 90% of the total weight, 10% being the passengers. Composite carbon technology will give the strength required