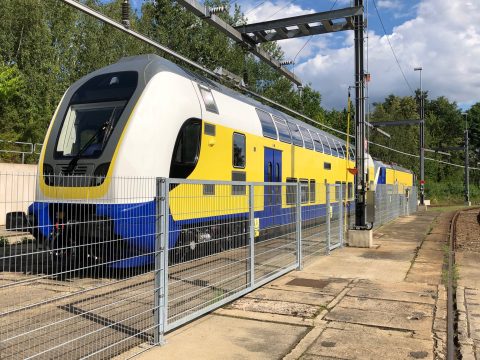 Bombardier Transportation has received an order from German regional public transport operator LandesNahVerkehrsGesellschaft (LNVG) in Lower Saxony for 14 additional Bombardier TWINDEXX Vario double-deck coaches. A total of 12 intermediate cars and two control cars will be delivered. This increases LNVG’s fleet to 246 of the double-deck coaches in addition to the 37 locomotives already in service.

The single-car TWINDEXX Vario coaches’ modularity enables operators to easily integrate additional trains into the existing train configuration and quickly remove them according to changing conditions. In addition to their operational flexibility, the new Vario coaches will be equipped with video surveillance, WLAN and a passenger information system. The 14 new coaches are scheduled to enter service in the Lower Saxony region of northwest Germany.

“The coaches start service and will go into operation in autumn 2022,” said LNVG Managing Director Carmen Schwabl. “This will allow us to keep these highly demanded connections in the Hamburg area attractive and create more space for passengers, especially during rush hours.”

Since the first delivery, Bombardier has been responsible for preventive and corrective maintenance of LNVG’s fleet, achieving an average availability of over 99 per cent. Maintenance is also provided for the new coaches.

Since 2019, Bombardier is also carrying out the so-called “General Inspection XL Dosto” on behalf of LNVG, during which a total of 88 double-deck coaches, electric and diesel locomotives are being thoroughly modernized to perform well during the second half of their lifecycle. These vehicles are expected to be renewed and gradually integrated into the fleet by 2024. The first modernized coaches are already in service in the Hansenetz and offer passengers a quality parallel to new vehicles.