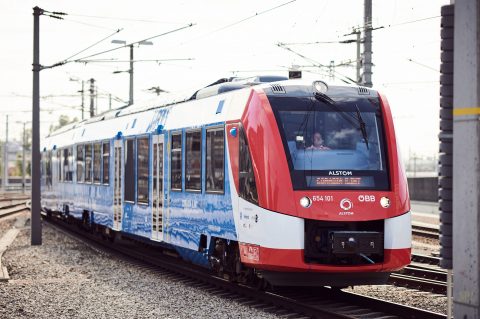 Starting this week, the Austrian Federal Railways ÖBB deploys the hydrogen train Coradia iLint in regular passenger service around Vienna, testing the train for the next three months. The current diesel trains on the regional lines will be replaced by the hydrogen train built by Alstom.

The Corodia iLint train runs on a hydrogen fuel cell, which converts hydrogen and oxygen into electrical energy. This makes the train completely emission-free, only producing steam and water. After a successful test in Northern Germany between 2018 and 2020 the train will have to prove itself on the geographically challenging routes in Austria.

“With its use in regular passenger operations for ÖBB, our innovation train Coradia iLint has reached the next milestone,” said Dr. Jörg Nikutta, Alstom’s CEO in Germany and Austria, at the launch event in Vienna. “The train’s emission-free drive technology offers a climate-friendly alternative to conventional diesel trains, especially on non-electrified lines. I am particularly pleased that ÖBB, a strong and long-term partner in the European mobility market, is convinced of our technology and its advantages.”

Director of ÖBB Andreas Matthä mentions their pioneering role in testing hydrogen technology on rail. “As the largest climate protection company in Austria, we are actively shaping the mobility of the future with technological alternatives”.

Alstom started in september 2018 with testing two pre-series vehicles for regular passenger service in Lower Saxony, Germany. In March 2020, the Coradia iLint completed successful tests on the 65 kilometres of rail between Groningen and Leeuwarden in the north of the Netherlands. According to Alstom the hydrogen train delivers the same performance as diesel trains, but with the benefit of less noise and zero emissions. The company has already sold 41 of the hydrogen-powered trains in Germany. 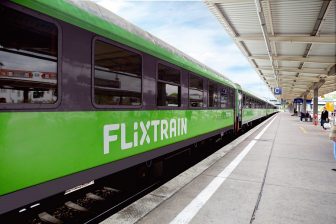 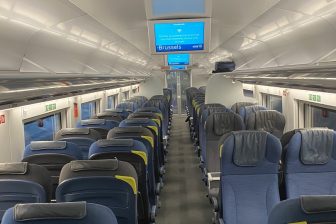