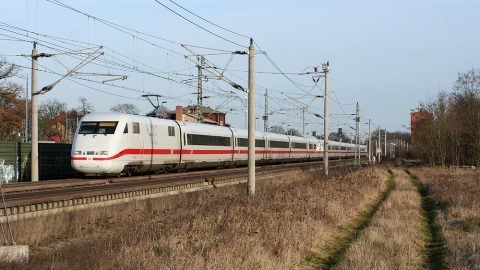 Deutsche Bahn (DB) is continuing to upgrade its high-speed trains with the European Train Control System (ETCS). To this end, Alstom will equip 19 ICE1 trainsets with new signalling onboard equipment by September 2021. As of today, the German national railway company operates 39 vehicles of this type with the ETCS.

The agreement between DB and Alstom is worth 10 million euros. According to it, the French technology company will develop, design, manufacture, install the ETCS Level 2 Baseline 3 system. It will be based on the Alstom’s Atlas On-board ERTMS solution, popular among the European operators. The French company will also connect the ERTMS equipment to the existing train control systems and commission it. To modernise the DB’s high-speed trainsets, Alstom will involve its four locations (Berlin, Braunschweig, Charleroi, Lyon/Villeurbanne). At the same time, the ICE1 vehicles will be converted and reentered service at the ICE-plant in Hamburg-Eidelstedt.

The ICE1 trains are the first regular high-speed vehicles on the German tracks. They are running since the end of the 1980s. In the following years, DB introduced the next generations of the high-speed trains. Currently, the German company is investing in their modernisation too. Last year DB concluded the agreement with Alstom for installation of the ETCS equipment in 19 ICE3 high-speed trains. This project costs 30 million euros and will be performed at the Alstom‘s facilities in Germany (Salzgitter and Braunschweig). Several other locations also involved in the modernisation works.

Are you interested to know more about the German rail sector? To this end, ProMedia will carry out RailTech Infra Forum 2020. The event will take place in Frankfurt on 16-18 June. Its programme is available on the following link.