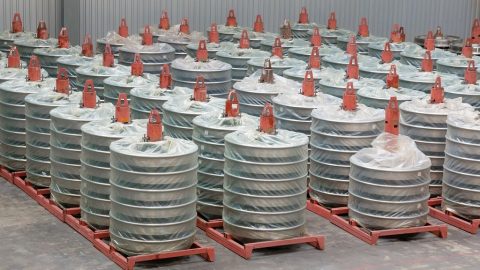 The deal will be performed during the current and next years. Interpipe will deliver 6,000 rail wheels to Kazakhstan by the year’s end. KTZ will receive other 20,000 wheels in 2020. This contract has been made possible due to lifting the anti-dumping duty. “The decision of the Eurasian Economic Commission to suspend the anti-dumping duty of 34.22 per cent for the supply of rail wheels from Ukraine allowed Interpipe to conclude a long-term contract with the largest consumer on the Kazakh market. For us, this contract with a state-owned corporation is a matter of prestige,” said Denis Morozov, Chief Financial Officer of Interpipe.

Interpipe is a Ukrainian industrial company based in the city of Dnipro. It is focused on the manufacturing of seamless pipes and railway wheels. In 2014 the company started to produce railway axles. Two years later, Interpipe launched its own manufacturing line to assemble wheelsets. These railway products are known under the KLW brand, they were certified for meeting the European standards of EC, TSI and the U.S. standard of AAR. Thanks to this, Interpipe got the right to export its railway products to the EU and U.S. markets.