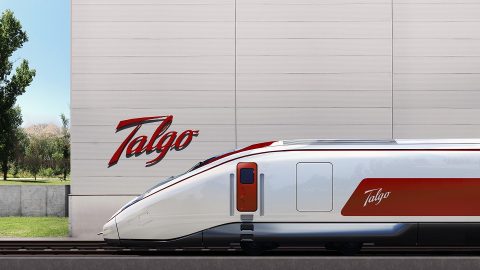 Spanish rolling stock manufacturer Talgo will supply the new inspection train to the country’s rail infrastructure manager Adif. The vehicle costs 39 million Euros. It will be used by Adif to monitor the high-speed rails across Spain.

Talgo’s inspection train will consist of eight cars including two power cars. It will have a power of 8,000 kilowatts and will be able to monitor tracks at a maximum speed of 330 kilometres per hour. The vehicle will be also designed to inspect the conventional railway lines. Due to the variety of track gauges in Spain (from 1,000 to 1,668 millimetres), the manufacturer will equip the inspection train with a variable gauge system in order to facilitate its run via different standards of tracks. Moreover, the vehicle will be able to run at the lines with different power supply systems. Besides the train itself, Talgo will deliver to Adif subsystems and spare parts as well as provide the maintenance services for the five-year period.

The ordered inspection train was baptised by Talgo as ‘Dr Avril’ because of its features and the Japanese custom to designate all the maintenance trains as ‘Doctor’. Dr Avril’ will have high-tech dynamic detection and auscultation equipment to monitor the tracks and the infrastructure faults. The vehicle will be low-floor like the ordinary high-speed trains but it will have wider car body in order to provide more interior space for the technical staff and the monitoring equipment.

Adif regards the inspection trains as a vital part of the predictive maintenance of the country’s rail infrastructure. With their help, the company identifies the faults before they can result in serious damage and, therefore, increases the safety on a high-speed network. Currently, the Spanish rail infrastructure manager has three inspection trains produced by Talgo.

One vehicle of Adif 330 Series is based on the Talgo 350 platform. It is able to run at a maximum speed of 363 kilometres per hour as well as equipped with the fixed track width and power supply system. Two other units belong to Adif 355 Series. In contrast to the previous type, they are diesel-powered and have a variable gauge system. As a result, trains of Adif 355 Series can monitor the entire railway network in Spain including the non-electrified lines. However, they are able to speed up only to 220 kilometres per hour.