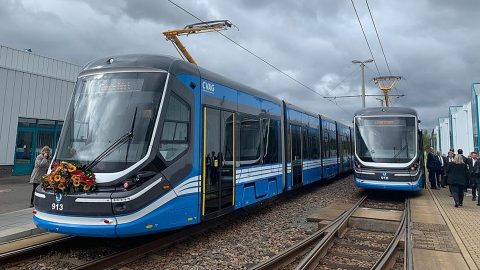 The first two ForCity low-floor trams have started the regular service in Chemnitz, Saxonia. It is the second German city operating light rail vehicles manufactured by Czech company Škoda Transportation. 12 other ForCity trams will be introduced into service in the coming months.

The ForCity trams have debuted in Chemnitz as early as 2012. At that time, the presentation drives took place in the city. They resulted in the future contract concluded in June 2016 for 14 vehicles valued at 950 million Korunas (circa 37 million Euros). The first regular trips were performed by the ForCity trams on 25 September 2019. With the help of the Škoda new vehicles, the Chemnitz public transport company (CVAG) will replace the old rolling stock including the Tatra T3D trams produced by another Czech company ČKD Tatra and being operated since the end of the 1960s.

Chemnitz ordered only bi-directional and five-section trams. Each vehicle has a length of 31.39 metres, a width of 2.65 metres and a total capacity to carry up to 281 passengers, 64 of them are seated. The vehicles are equipped with air-conditioning, information system and special multifunctional areas for carrying up to four wheelchairs or prams, or four-six bicycles. 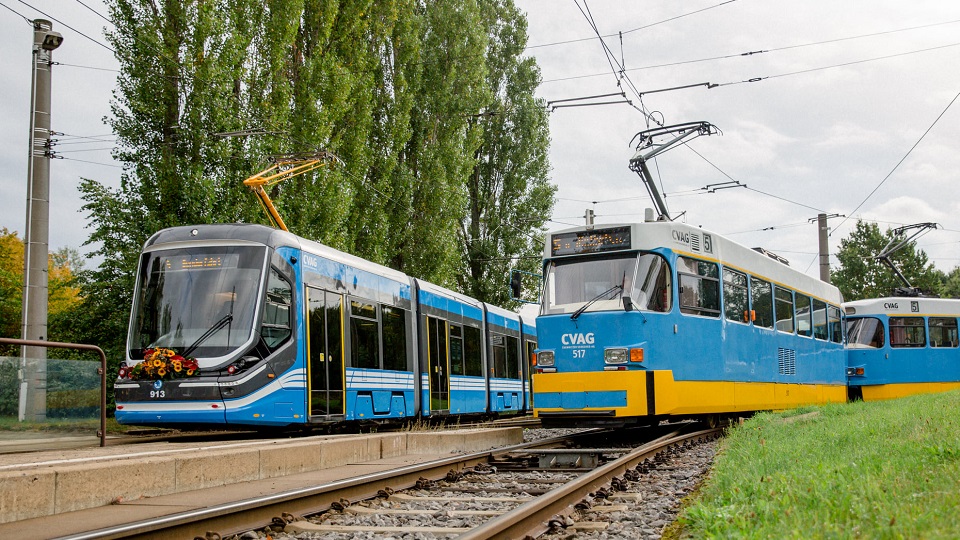 The ForCity and Tatra trams in Chemnitz, source: CVAG.

Škoda Transportation has entered the German market in August 2013. It obtained the contract for supplying six push-pull trainsets (DB Class 102) for DB Regio’s service on the Nuremberg–Munich high-speed railway. Three months later, the Czech manufacturer concluded another deal – for 39 single-deck electric multiple units for Nuremberg S-Bahn. This order was provided by National Express Germany, a private railway operator chosen to operate the S-Bahn network. Due to tensions with DB Regio, National Express Germany withdrew its bid and then cancelled the order.

At the same time, the first ForCity trams started to run in Germany in October 2018. Schöneiche, the municipality in the vicinity of Berlin, has become the first location where the Škoda-made trams debuted in the German market. Now, Schöneiche operates two ForCity vehicles produced by Škoda Transtech, a Finnish subsidiary of Škoda Transportation. In 2021 the ForCity trams will start the regular service in the Rhine-Neckar region of Germany (including cities of Mannheim, Ludwigshafen and Heidelberg). The local public transport operator RNV ordered 80 trams of this type (37 four-section units, 31 three-section units and 12 six-section units) with an option for 34 vehicles.

Škoda Transportation has unveiled the prototype of the ForCity tram in 2009. This type was inaugurated in February 2011 at the home market – in the capital of Czechia. Now, two major Czech cities operate 290 ForCity trams: Prague has 250 vehicles while Ostrava owns 40 vehicles. In 2020 the list will be extended with Plzeň. The Czech city ordered two vehicles with an option for 20 units. Besides Germany, the important foreign markets for this type are Finland (Helsinki and Tampere), Turkey (Konya and Eskişehir), Slovakia (Bratislava) and Latvia (Riga). Also, the ForCity vehicles are operated in Hungary (Miskolc) and Bulgaria (Sofia).