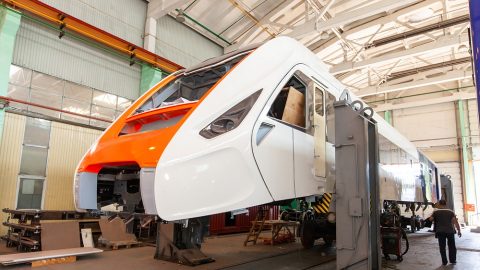 Ukrainian manufacturer Kryukov Railway Car Building Works (KRCBW) is assembling the first DPKr-3 train. It is the new type of diesel multiple unit developed by the company. KRCBW will produce six three-car vehicles of this model and supply them to Ukrainian Railway.

The first DPKr-3 train will start the trial runs in September. It will be equipped with two 588-kilowatt engines made by Voith, the Germany-based technology supplier. The new type will be more cost-effective than its predecessor and provide more comfort for the passengers during a journey. The three-car vehicle will have seating capacity for carrying 170 passengers in two-class carriages. Two coaches will be the second-class with 3х2 seat layout. The only first-class carriage will be located in the middle of the train. It will have the 2х2 layout of seats equipped with USB-sockets. In each carriage, there will be installed the special monitors to inform the passengers about the train route, provide them with announcements and entertainment information. 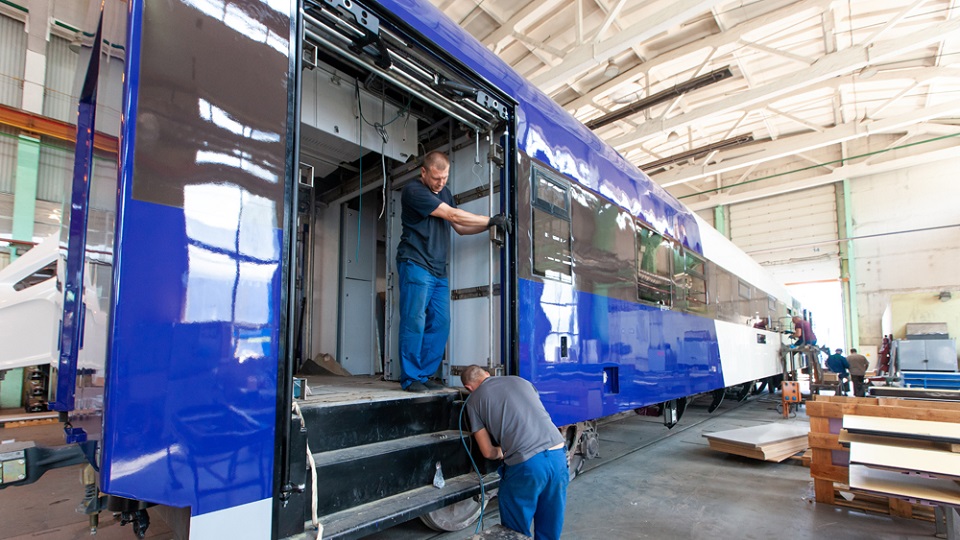 The DPKr-3 train will become the second type of the diesel multiple unit developed by KRCBW. In 2014 the Ukrainian company produced one DPKr-2 three-car diesel train named as Obriy (“Horizon”). The vehicle is being operated by Ukrainian Railway since October 2015 on the regional non-electrified routes in Western Ukraine. This train has a higher seating capacity (283 seats) but less comfort. The DPKr-2 vehicle has only one class of service, the third one, and the 3х3 seat layout. Both types of diesel trains are able to speed up to 140 kilometres per hour.

Besides the Obriy unit, Kryukov Railway Car Building Works also manufactured two nine-car high-speed trains of the EKr-1 type. They were named as Tarpan (Eurasian wild horse). These units are being operated by Ukrainian Railway since June 2014. The Tarpan trains are able to speed up to 200 kilometres per hour. However, the infrastructure restrictions allow them to run only at a maximum speed of 160 kilometres per hour. It is worth to note that KRCBW is mostly focused on the manufacturing of freight and passenger cars.