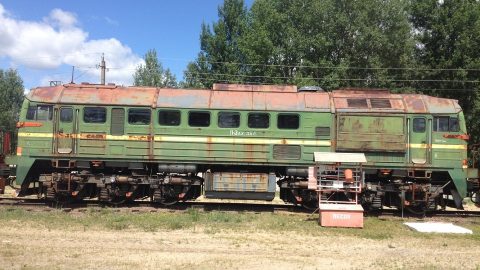 The offer is s placed on the ProZorro.sales online system specialised in selling and renting the property of the Ukrainian state-owned enterprises. The bids are accepted until 30 June. Both locomotives and tank cars have a permissible level of radiation. The supporting documentation is attached to the offer. The initial sales proposal is valued at around 5.66 million Hryvnias (circa 186,000 Euros).

The oldest diesel locomotive was produced in 1986. It belongs to the TGM4 type, a series of shunting locomotives being manufactured in the Soviet Union from 1971 to 1990. The other shunting vehicle is TEM2 locomotive made by Bryansk Engineering Plant (BMZ) in 1987.

The newest vehicle is the DM-62 locomotive assembled in 1994. It is the military modification of the M62 locomotive being producing by Luhanskteplovoz in 1965-1990. This type is one of the most popular diesel locomotives in the Eastern Bloc countries. This unit is still used by some EU members: Poland, Hungary, Lithuania, Latvia. All three tank cars of the type 15-1566 were manufactured in 1994. One wagon is capable to transport up to 60 tonnes of liquid cargo. 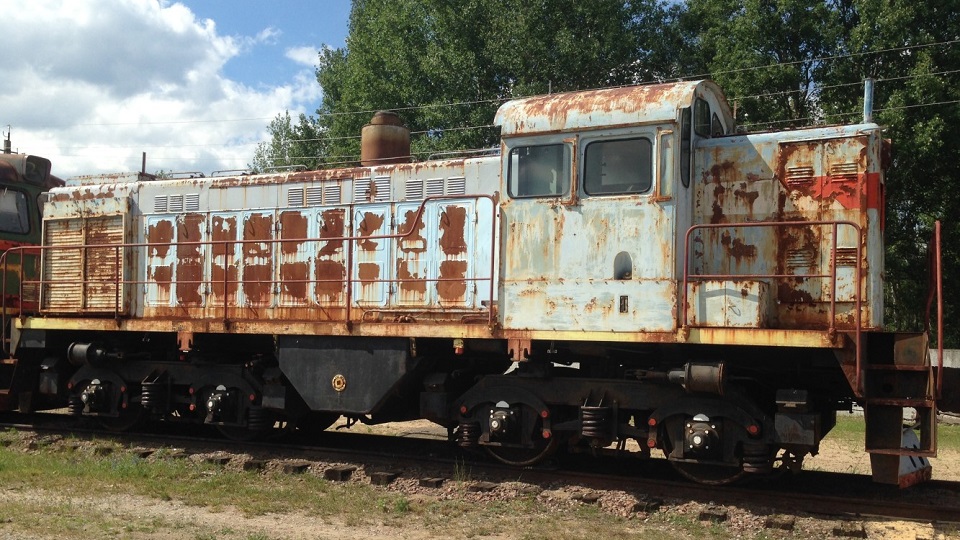 It is worth to note that there are specialised passenger trains running to the Chernobyl Nuclear Power Plant. They deliver employees from the city of Slavutych to the plant on the Slavutych – Semykhody railway. The 50-kilometre route is served by ER9 electric multiple units. The route is partially located on the territory of Belarus. The service is operated by Ukrainian Railway but not available for ordinary passengers. The plant pays the rail company more than 50 million Hryvnias a year (more than 1.6 million Euros) for this option.