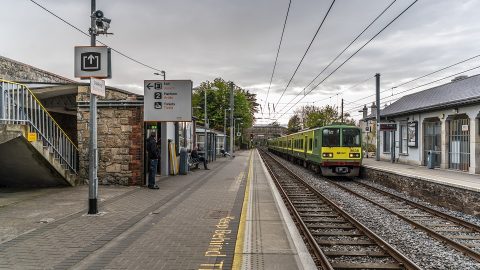 The Irish national rail operator Iarnród Éireann has initiated the procurement process for up to 600 electric and battery-electric powered carriages. The company intends to purchase at least 250 trains in order to replace the entire old fleet using on the routes in the Greater Dublin Area.

The acquisition of a new fleet is worth 2 billion Euros and designed for the 10-year period. It is the largest procurement in the history of Iarnród Éireann. It allows the company to replace the old trainsets operating on the DART network (Dublin Area Rapid Transit), a system of the electrified commuter rail routes that connect the Dublin city centre with the coastline. According to Iarnród Éireann, the 76-carriage fleet will be around 45 years by 2027.

The Irish rail operator hopes to attract ‘every major global train manufacturer’ for participation in the tender. The procurement specification provides the delivery of trains with a length formation between 160 and 168 metres. The vehicles should be compatible with the 1,600-millimetre gauge network electrified with the 1,500-volt direct current.

Currently, the Greater Dublin Area generates up to 80 per cent of all train journeys in Ireland. Its commuter routes are divided into two brands: DART (the DART network) and Commuter (Dublin Suburban Rail). The DART system consists of two lines with 32 stations and a total length of 53 kilometres. The suburban network connects the city centre with neighbouring towns. It includes four lines: from Dublin to Dundalk, Gorey, Portlaoise, Longford.