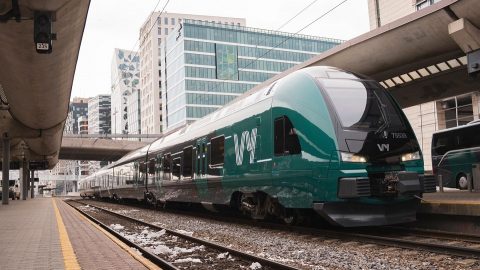 The agreement includes preventive and corrective maintenance and excludes bogie overhauls. Stadler Rail will maintain the Flirt electric vehicles supplied by itself since 2008. The five-car trains run mainly in the Greater Oslo Region. The works will be carried out in the rented workshops. The contract is applicable from the first quarter of 2020 until the end of 2024. “We will do everything we can to further increase the availability of the Vy fleet, which is already at a high level, thereby improving punctuality and customer satisfaction for Vy passengers,” noted Jürg Gygax, head of Stadler’s service division.

The Flirt trains are widely popular in Northern Europe. 125 units of this type are operated in Norway by Vy. The company also ordered another 25 vehicles. The Finnish rail operator VR Group uses 81 Flirt vehicles on the Helsinki commuter service. 38 Flirt trains, including 18 electric and 20 diesel ones, are served the Estonian railway network. Several Flirts run between Stockholm and Göteborg under the brand of MTR Express, Swedish open-access operator. Also, Stadler delivered Variobahn and Tango trams to Helsinki, Bergen, Aarhus. 16 trams are scheduled to be supplied for the planned tram network in Odense.