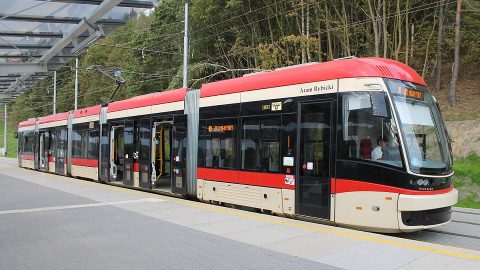 The Gdansk Buses and Trams Company (GAiT), a public transport operator in the Polish city, has ordered another 15 low-floor trams. The vehicles of the Jazz type will be produced and delivered by Pesa by the end of 2020. The number of Jazz trams running in Gdansk will increase up to 35 units.

A new batch is an option of the deal signed in February 2018. According to it, the first five vehicles were scheduled to deliver in mid-January and the remainder should be supplied in March-April. The rolling stock manufacturer delayed the delivery for a few months. The trams from the initial order will start to arrive in Gdansk only in June.

The agreement provides that Pesa should pay the everyday penalties at 8,800 Zlotys (around 2,050 Euros) for delaying the delivery of one tram and 5,500 Zlotys (circa 1,300 Euros) for postponing the supply of services and parts. GAiT accounts that the fines will reimburse the costs of two vehicles from the new batch.

The ordered Jazz trams will be five-section and bidirectional. They will have a length of 29.7 metres and a width of 2.4 metres. Each vehicle is capable to transport 200 passengers, 28 of them on seats. The trams will have special areas for wheelchairs and prams. The buttons inside a vehicle will have a special description in Braille. These units will be also equipped with air-conditioning and video surveillance systems as well as with passenger information boards.

Currently, GAiT operates five units of the Jazz type. They were delivered in 2014-2015. Besides them, the company’s fleet includes 35 low-floor units of the Swing family also developed by Pesa. Almost 80 per cent of the Gdansk trams belongs to two types: Konstal 105Na and Duewag N8C-NF (122 of 154 units). Most of them were produced in the 1970s and 1980s but were modernised in the 2000s. Moreover, GAiT operates several units manufactured by the Polish subsidiaries of Alstom and Bombardier. 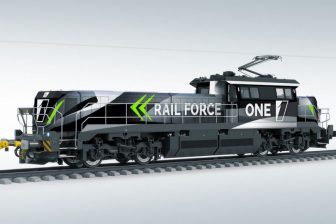