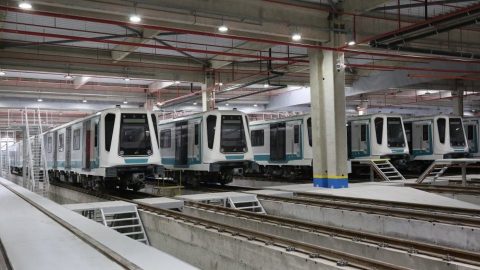 German technology manufacturer Siemens Mobility will supply 10 three-car Inspiro trains to the Metropoliten company, an operator of the metro system in Sofia. All the units will be assembled by Siemens Mobility jointly with Polish rolling stock manufacturer Newag. The delivery will be completed by the end of July 2021.

The new order is an option of the 2016 contract when the Metropoliten company ordered 20 three-car Inspiro trains. The first unit of this type was delivered by a consortium of Siemens Mobility and Newag to the capital of Bulgaria in July 2018. 13 trainsets have been delivered to Sofia. The first test ride of the Inspiro units is scheduled for April. After testings, the new trains will serve the Line M3 that is under construction.

The Metropoliten company also invests in the refurbishment of old rolling stock. In December 2018, it signed an agreement with Metrovagonmash, a part of Transmashholding, for the modernisation of 2 four-car trainsets. The deal has an option for the refurbishment of 10 additional trains. Currently, 52 three-car trains, produced by Metrovagonmash or its predecessor Mytishchi Machine Works, serve two existing lines of Sofia Metro.

Siemens Mobility produces the Inspiro metro trains since 2010. The first units were delivered to Warsaw Metro in 2012-2014. The German manufacturer also delivered the trainsets of this type to Bangkok, Kuala Lumpur, Riyadh, London and Munich. The Inspiro units are produced in composition from two to six cars. The trains for Sofia Metro are manufactured in cooperation with Newag. Siemens Mobility constructs wagon bodies and bogies at its facilities in Vienna and Graz while Newag provides the final assembly and testing at its factory in Nowy Sącz.