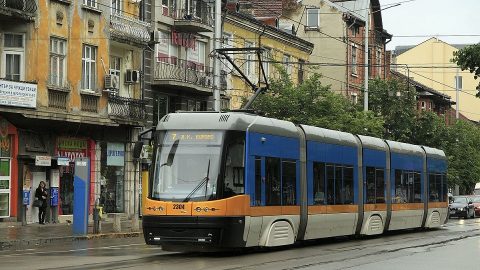 Pesa has signed a contract with Sofia Public Electrical Transport Company, the tram and trolleybus operator in the capital of Bulgaria. The Polish rolling stock manufacturer will supply 13 low-floor trams of the Swing family to Sofia by the end of October. The new vehicles will enter service by the year’s end.

The deal costs around 23 million Euros. Sofia Public Electrical Transport Company has ordered low-floor vehicles of 30 metres long and 2.3 metres wide. Each tram will be capable to carry 160 passengers, 41 of them on seats. The vehicles will be equipped with air-conditioning, special places for wheelchairs, prams and signalling system for blind passengers. The new trams will serve Line 5 connecting the city centre with Knyazhevo district on the south-western part of Sofia.

The new contract is the third deal between Pesa and Sofia Public Electrical Transport Company. The public transport operator operates 25 Swing trams. They were supplied according to the 2013 and 2016 orders. The Polish trams serve two city routes in Sofia, Line 1 and Line 7, linking the city centre with southern parts of the capital.

Pesa produces the trams of the Swing family since 2010. The company has manufactured 364 vehicles of this type. The vast majority of the Swing units run in Polish cities, mostly in Warsaw. Some vehicles can be seen abroad. Besides Sofia, the trams serve city routes in Szeged (9 units), Cluj-Napoca (4 units) and Kaliningrad (1 unit).