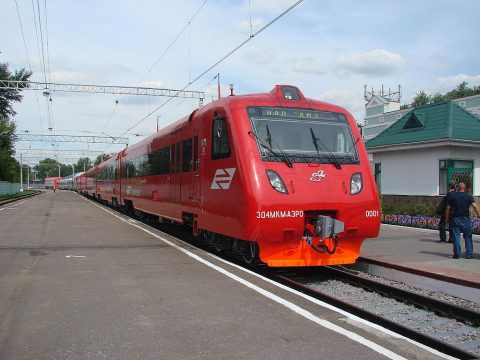 Russian rolling stock manufacturer Transmashholding acquired a production facility in South Africa. It will allow the company to expand its business by organising assemble, maintenance, and refurbishment of rolling stock both for African and worldwide customers.

Transmashholding (TMH) completed the deal with DCD Group valued at 500 million Rands (circa 30.2 million Euros) for purchasing 70 per cent share package of the 45,000 square metre rolling stock plant in Boksburg, South Africa. It is the Russian manufacturer’s first acquisition in Africa.

“We had been looking forward to closing this deal. This is a major milestone in our investment strategy to create local champions on prospective international markets. Boksburg plant will serve the international customers and partners of the holding,” CEO of TMH International Martin Vaujour said. According to Vaujour, the African plant will be specialized in providing both the technical services and subassembly manufacturing.

CEO of TMH Africa Jerome Boyet added: “This facility will be the home of African produced and African designed rolling stock solutions”. However, it is unknown what kind of rolling stock will be produced in Boksburg.

Outside Russia, TMH owns only two rolling stock facilities. The first one is Lugansk Diesel Locomotive Plant (Luganskteplovoz) in Ukraine. Due to the military conflict, the plant has stopped its production in 2016. Another abroad facility is JSC Lokomotiv Kurastyru Zauyty in Kazakhstan. The plant is a joint venture with General Electric, it is specialized in producing of TE33A diesel locomotives.