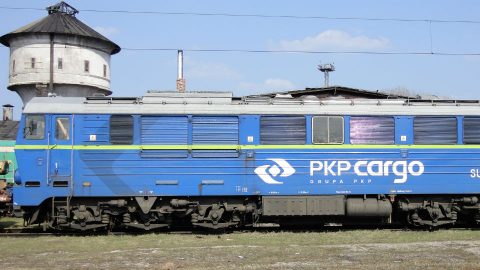 PKP Cargo, Polish railway company Pesa Bydgoszcz and Poland’s Institute of Rail Vehicles Tabor are going to collaborate on the construction of a dual-system autonomous locomotive. The parties signed the agreement last week during trade fair InnoTrans in Berlin.

PKP Cargo and Pesa will develop a technical design of the locomotive, which will be verified by scientists from IPS Tabor. The second stage will consist of design and research works, followed by the construction of a dual-system electricity and diesel autonomous locomotive by Pesa.

The dual-system locomotive is based on the Gama family locomotive platform from Pesa. It received a positive evaluation and recommendation for funding under the Innotabor program. The parties expect the autonomous locomotive to be commissioned in four years.

The vehicle will achieve GoA3 level automation, which means that the locomotive will not require control of the route by the driver. Safety will be ensured by an autonomous steering system controlled by artificial intelligence (AI). It will be composed of a system of sensors, cameras, gyroscopes and the like devices. The driver will be present in the cabin, primarily to take over the control of the locomotive in the event of unusual situations.

The first vehicle will be tested by PKP Cargo under normal track operation conditions. It will verify the functioning of the locomotive, but also allows the construction to be corrected or improved.

The agreement was signed by the president of PKP Cargo Czesław Warsewicz, head of Pesa Bydgoszcz Krzysztof Sędzikowski and the director of IPS Tabor Maciej Andrzejewski.

President Czesław Warsewicz of PKP Cargo says that two-system locomotives are universal, as they allow performing both shunting and lining operations without changing the vehicle. “We are optimistic about the joint research and development on new locomotives, we hope that they will result in the construction of innovative vehicles that will increase the efficiency of our work,” emphasizes Warsewicz. “New locomotives will be more efficient and will help to reduce costs, which is important under the circumstances of rising fuel and energy prices.”