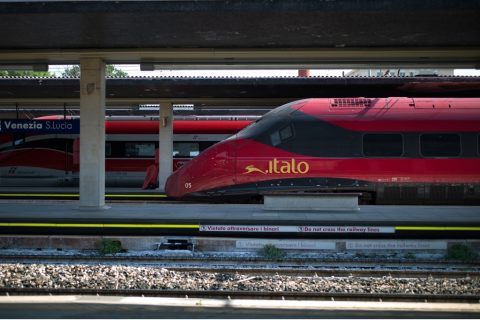 Nuovo Trasporto Viaggiatori and Alstom have signed a contract worth 330 million Euros for the purchase of five additional Pendolino EVO trains, exercising an option to the contract signed in October 2015. The contract also includes 30 years of maintenance.

These five new trains will bring the total Italo Pendolino EVO fleet to 22 trains. With this further investment, Italo, the first private Italian operator to operate on high-speed lines, will be able to expand the current network and respond to the growing needs of the market, offering new routes and increased frequencies.

With its 22 Pendolino EVO trains, half of which are already in service, Italo is today able to connect northeast Italy with the rest of the country. These trains, added to the 25 Italo AGVs operating since 2012, will allow the company to double its fleet and expand its network.

Italo’s Pendolino EVO train is part of Alstom’s Avelia range of high-speed trains, representing the culmination of 35 years of expertise and with more than 1,100 trains in service around the world. The five new Pendolino trains will include the same features and technical specifications as the five Pendolinos previously ordered.

According to Alstom, the train is the first proven high-speed train fully compatible with the latest Interoperability Technical Specifications (TSI 2014), common conditions and standards established by the European Union. Running at a maximum speed of 250 km/h, the 7-car trains will be 187 metres long and can accommodate around 480 passengers. The front end of the Italo EVO train, with its futuristic lines, is designed to improve crash protection and enhance aerodynamics.

The Italo Pendolino EVO train is designed to be environmentally friendly, thanks to its high recyclability and reduced CO2 emissions. Moreover, its optimised distributed traction system enhances efficiency and acceleration and regenerates energy while braking.

Alstom’s teams in Savigliano (CN) will work on the design and manufacture of these trains in collaboration with Sesto San Giovanni site (MI) for traction systems and Bologna site for signalling systems.