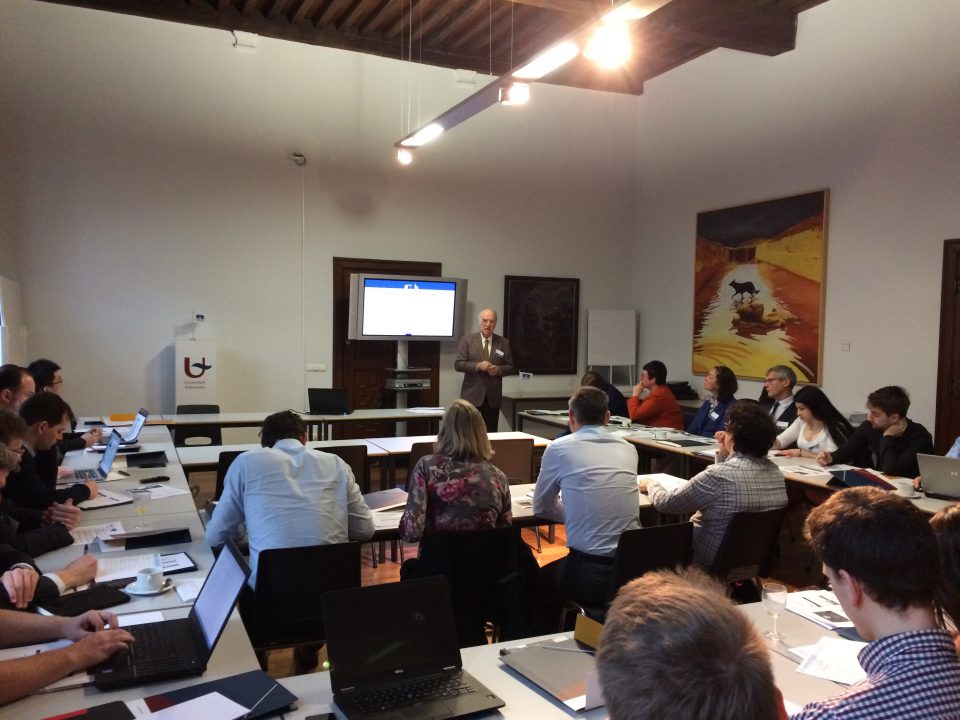 Karel Vinck: ‘No reason’ freight trains should not be 700 metres

The European Railways Agency’s Karel Vinck says there is no reason why all freight trains should not be the 700 metre-long version as an effective roll-out of the European Rail Traffic Management System (ERTMS) will enable gaps between trains to be smaller.

Investment programmes put forward by rail companies must be accompanied by a strong business case if the investment is to be justified, he told an audience of rail professionals at the Antwerp Rail School, who will be giving a workshop on the Rail Freight Day on 30 March during RailTech Europe 2017

And crucially, he added, there was a ‘clear’ business case to be made for each of Europe’s Core Network Corridors. These aim to facilitate seamless pan-European freight routes – namely the TEN-T freight corridors – by removing bottlenecks, building and improving cross-border connections and promoting modal shift.

One of the ‘quick wins’ which stakeholders should aim for, he said, was for more freight trains to be of the 700 metre-plus variety, rather than the shorter versions more commonly used. Train length has long been one of the key limitations to improving the competitiveness of rail freight in Europe, especially when compared to other countries globally.

“A freight train, on average, in Europe, is 450 metres,” said Mr Vinck. “There is no reason why it should not be 700 metres, no reason. Why are we not having 700 metre trains? This is direct productivity, because this is the relation between 450 (metres) and 720. These are the types of targets we have introduced.”

During his presentation, Positioning Railways in the European Union, Mr Vinck – the man charged with the responsibility of delivering ERTMS across the European Union – said there was a clear business case for each Core Network Corridor and, with it, ERTMS.

“The fact we are using ERTMS is giving us the possibility of increasing the capacity, because the distance between two trains is going to be smaller,” he said.

Now in its fifth year, Antwerp Rail School is jointly organised by Dutch-based Ricardo Rail, a leading consultancy and engineering organisation in the field of rolling stock and infrastructure, and TransportNET, a network of leading European university groups involved in transport research and education.

“One big criteria is the transition period, from the existing situation to a situation where you have full interoperability. By making a business case and the return that you want to get, you put pressure on the fact of reducing or minimising the transition or migration period.”

Success would not be achieved, however, without a clear commitment from all of the stakeholders involved, including the railway companies, the national authorities and the member states.

“The more we harmonise things, the more you cannot imagine the level of gains we will achieve from this,” added Mr Vinck.

“This is very challenging, this is very difficult, but you know what Winston Churchill said: ‘If you’re going through hell, keep going, and that is exactly what we are doing.”