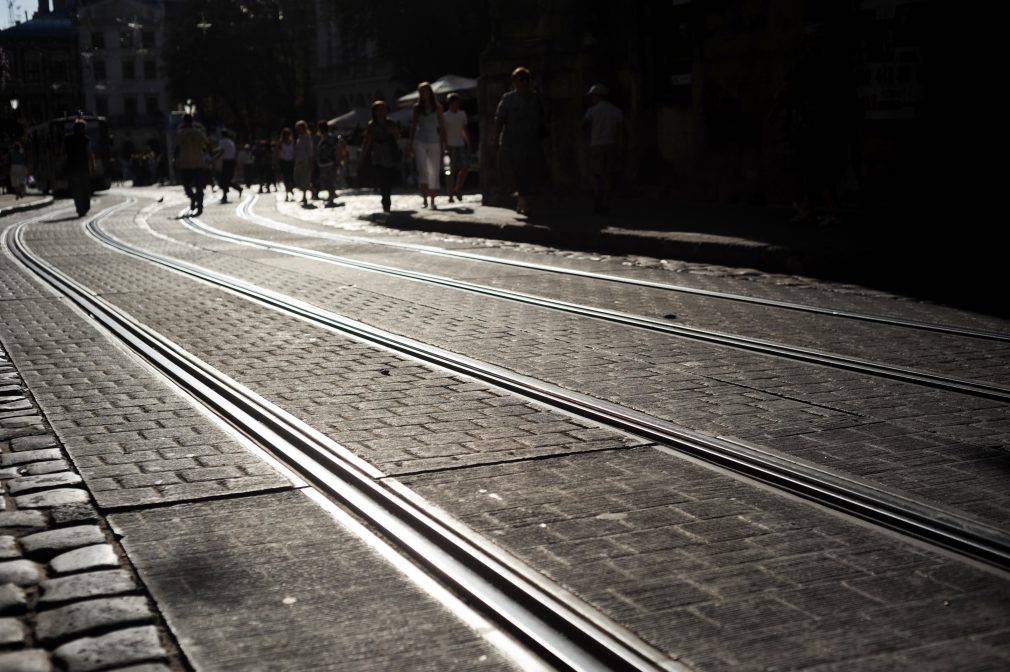 With a growing number of people living in urban areas, cities need various means of transport to reduce congestion in city centres. Tramways offer a good alternative as they are easier to install than underground lines, they are also less noisy, less costly and more eco-friendly than other means of transport (such as cars or buses).
In line with this, ArcelorMittal Europe – Long Products Rails & Special sections proposes existing and new tramway and light rail transit (LRT) systems adapted to European operators and test tracks technology.

ArcelorMittal Grooved rails are made of Low Carbon Vanadium (LCV). The use of small amounts of Vanadium (less than 0.20%) provides an increased grain refinement throughout the entire rail and not just the outer surface (as rolled Head Hardened rails). This technique results in increased hardness and elongation compared to rails in grade R200, but with even lower carbon content. Also, thanks to the higher strain and grain refinement, after only six months of service, track hardness readings increases up to 30-45 HBW due to wheel/rail interaction of cold forging.

In fact, experience has shown Low Carbon (softer steel) rails are most suitable for City Transit embedded tracks due to their Low Carbon content allowing for best welding and deposit welding techniques. Thus, extending the life of the rail, and avoiding the high cost of replacing embedded grooved rail and street disruption.