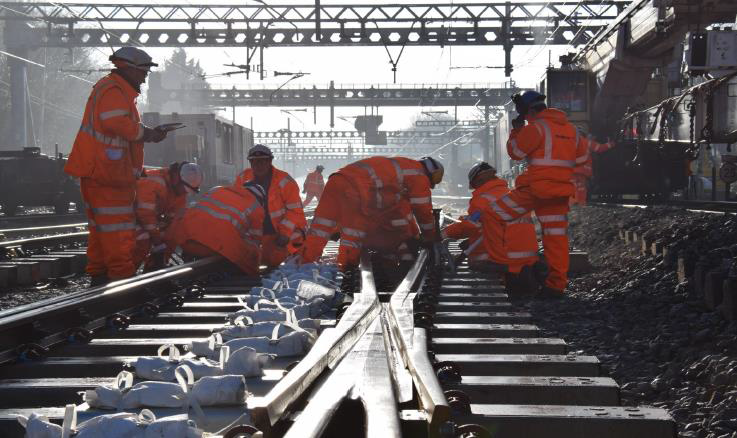 Break down barriers to a culture of rail sector safety

“Their passion makes the trains work.” A simplistic mantra perhaps, but Network Rail’s ‘change champion’ Lynn Chamberlain-Clark is unwavering in her contention that it is the UK rail infrastructure manager’s ‘family of staff’ which makes the organisation what it is. Lynn will be sharing some of her ideas when she presents at the forthcoming RailTech Europe 2017, which is being held at the Jaarbeurs Utrecht from March 28-30th.

But, as she will point out, it is also this ‘family’ context within an organisation which can also have a negative effect, by potentially fostering an element of complacency about the right way to get things done, simply because they have always been done that way, and a reticence to speak up about poor safety behaviour by your close colleagues.

It is within the railway sector of course, more than most other arenas, that the need to get things right is critical. A failure to do so can mean continuing to do something when you should decide to stop. The consequences of such a scenario barely need spelling out.

So as Network Rail’s Principal Health and Safety Change Specialist, it is Lynn Chamberlain-Clark’s job to help ensure that everyone’s focus is spot-on, so that they are able to recognise, read and prevent situations where safety might be compromised, while fulfilling their potential to produce high performance both personally and in service delivery. Brought in by Network Rail to lead a change programme focused on encouraging reporting and challenging to produce a culture of learning and continuous improvement, Lynn will be speaking on day three of RailTech Europe 2017, Maintenance of Rail Infrastructure.

She already works closely with institutions such as the European Agency for Railways and the European Commission, and is excited about the prospect of being able to impart those key messages revolving around human behaviour which transcend industries and professions.

“The people who work in Network Rail are a family and while this can be a good thing for fostering safety, it can also hinder it,” says Lynn, who believes that educational, cultural and generational factors all have the potential to affect change. 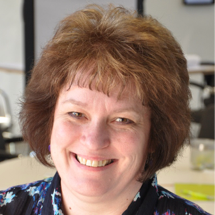 Lynn spent 22 years forging a successful career as a speech and language therapist (SLT) in the UK National Health Service (NHS), within which she moved into a very specific area of SLT, helping to develop one of the first ‘swallowing’ clinics. “This had a real relevance, even to this day, because it was one of the few areas in SLT where, if you got it wrong, you could kill someone.”

She then spent time working as an independent coach/facilitator and trainer developing leadership skills, effective teams, managing conflict and individual performance in both the UK and internationally including at the European Union in Brussels. Frequently these contracts were in highly emotive situations with cultural diversity, deeply-held religious differences or post-traumatic events. Based on the variety of these experiences Lynn decided to combine her passion for helping people work together, communicate effectively and safety decision-making experience into her role in Network Rail.

She has led a worthy yet ambitious multi-million pound programme: “I have a team of coaches and consultants, and we work with the various business units of Network Rail. I cannot do it all – this has to be a collective process by everyone in the business seeing why, in certain situations, they might not be ‘safe’ or if they work in an office where their decisions may make others unsafe.”

It also involves coordinating a multinational group of rail infrastructure managers working with the European Agency for Railways (ERA) to develop a series of Key Performance Indicators (KPIs) on safety culture, and with the European Commission which has recently awarded the group a grant to learn about safety culture from each other and to trial these indicators.

So what, in particular, does Lynn think the rail sector brings in terms of unique situations?

“One of the really big challenges of somewhere like Network Rail is that the organisation has a long memory. It is a bit like the mining industry used to be, with people who have worked there all their lives, and also quite like the NHS. You have people who have been there an awful long time, and believe it was better how it used to be, regardless of the reality. This can be a barrier to change. You also have a lot family relationships and that can help and can hinder your safety. So, someone might think ‘I am more likely to try and keep my father safe, but if he does something wrong I am less likely to report it’, – that is potentially a real issue.”

Educational factors also play a part, as Lynn explains further: “Network Rail is an engineering organisation that designs things, and it designs things really well, but won’t necessarily think about how people use them or why people might not want to use them.

“This is precisely why I think being able to speak at this conference is so positive. We have a digital railway programme here about which people are getting very excited, but we aren’t really thinking: are people ready to embrace a digital railway? Yes, they will eventually but on the journey we need to do a lot to help them engage with this process.

“Furthermore many of our frontline staff have chosen to do manual jobs as traditional learning has not been their strength. As a result we have a challenge when we want to communicate safety issues. Most are not visual learners so reading material is not necessarily most accessible to them. Your engagement with them for learning needs to be very different to how it was at school. What you don’t do is take them into a classroom and give them a Powerpoint because it is not going to work.”

She highlighted one good example of how a culture rooted in the past can present real safety threats:

“Take our Automatic Warning System as an example,” says Lynn. “Most people on our railways would prefer to use a man with a flag, because they can see a man with a flag. That feels safe, even though we can show them lots of evidence that the man with a flag makes the situation 20, 30, 40 times less safe. But that is human behaviour. So we have to really address that. What do we need to do, or what do you as staff need to do, to start believing in this ‘piece of kit’ so that Bob doesn’t need to stand there and protect you all with a flag?”

Clearly passionate about the role she performs at Network Rail, Lynn adds: “I recognised I had skills that could be applied outside the NHS but couldn’t have imagined going somewhere where people have that same passion. But actually, within Network Rail, it is exactly that. It is their passion that makes the trains work.”

So what will be her key messages to rail professionals at RailTech Europe 2017 in March?

“I would like them to understand that how people are going to interact with systems, processes and new designs needs to be considered from the word go, so that it enables the development of new innovations, rather than scuppers it.”

Lynn Chamberlain-Clarke will be speaking on day three (Maintenance of Rail Infrastructure) at RailTech Europe 2017, which takes place at the Jaarbeurs Utrecht, on 28, 29 and 30 March.