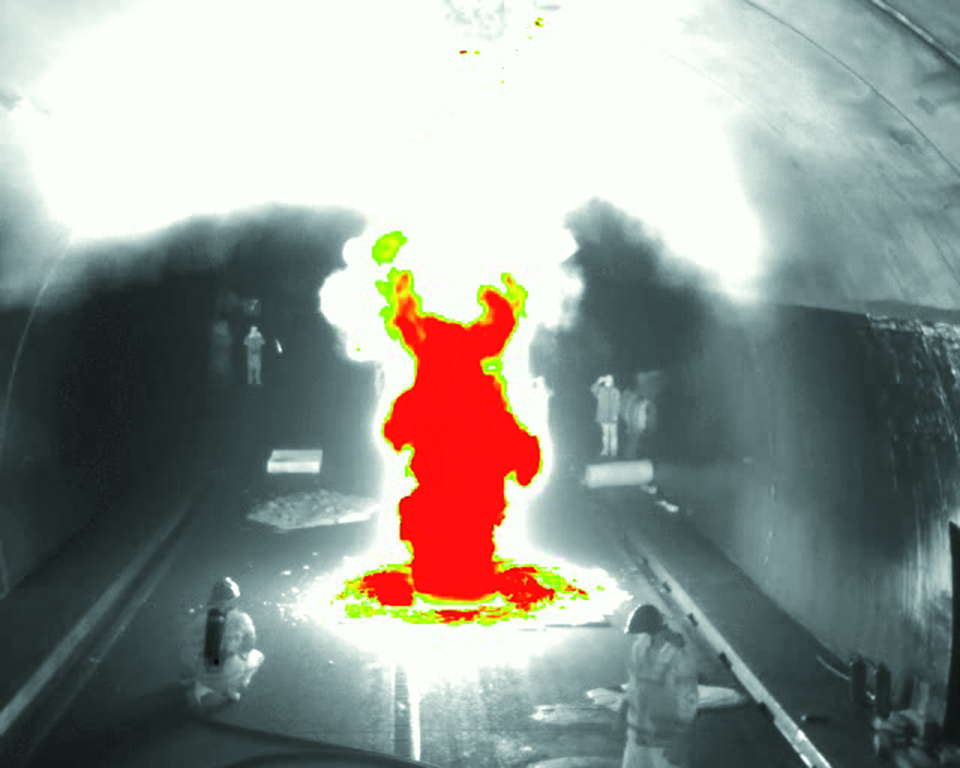 For any railway environment, fire outbreaks need to be avoided at all costs. Be it in a railway tunnel or in a railway carriage, fires can have devastating effects on people and infrastructure. In order to prevent severe fatalities, material damage and disruption of important infrastructure lines, effective fire prevention, detection and control need to be in place. Thermal imaging is a technology that is being applied more and more to this end in railway environments, because of its robustness, accuracy and speed of detection. Flir is exhibiting these products at RailTech Europe 2017 on 28, 29 and 30 March.

Out of the many fire detection technologies that are around today, camera-based detection systems are becoming increasingly commonplace. One of the biggest advantages of these systems is the visual aspect, and the possibility for surveillance operators to verify possible fire incidents. This is no luxury, especially if you consider the cost of false detections and the associated standstills and delays.

Fire detection in tunnels
Traditionally, visible-light CCTV cameras are being used for applications such as tunnel monitoring. Although this technology has many benefits, there are a number of limitations to be taken into account, the most important one being its inability to see in total darkness.

The calibrated FLIR ITS-Series Rail camera can measure the temperature of any object in its field of view, which allows it to detect fires at an early stage. The camera does not need to make physical contact with smoke or heated gasses to be able to detect excessive heat caused by fire or other malfunctions. As a result, fire is detected within seconds of ignition, long before it is capable of triggering any traditional fire detection system. The camera’s smart video analytics take into account multiple parameters such, as size, dynamics, growth rate, movement, etc…, resulting in unprecedented fire detection accuracy.

When moving into a tunnel fire scene, a thermal imaging camera is an indispensable tool for firefighters to help them quickly visualize their plan of attack, locate hot spots, and save lives. Today’s Thermal Imaging Cameras (TICs) offer easier ways to see more clearly in the darkest, smokiest environments by showing big, bright thermal images that help them maneuver more strategically, stay better oriented, and find victims faster. With greater situational awareness, they can improve safety and the likelihood of successful outcomes.

Fires can start in railway carriages as well, causing great damage to people and infrastructure. Also here, thermal imaging sensors can detect initial fires very fast, hereby preventing worse from happening. Thermal imaging sensors like the FLIR RSX-F not only detect and recognize a rapid rise in temperature, but also the size of a fire and the movement of hotspots. And because these sensors can filter out unwanted temperature events—such as the lighting of a cigarette—they also reduce the rate of false alarms.

The FLIR RSX-F is an intelligent sensor that provides advanced, non-contact fire detection on passenger and cargo trains. Combining a Lepton™ thermal imager, HD camera, and advanced on-board analytics, FLIR RSX-F can detect fires more quickly than conventional sensors, while also performing with lower false alarm rates. The sensor can be firmly mounted on a wall or ceiling, tilted up to 45° for the best viewing angle, and is compliant with all necessary rail standards.

Another strength of thermal imaging cameras is that they can combine different capabilities in one camera, for example detection of people who are illegally entering in tunnels. Another example is the FLIR RSX-F sensor, which combines a thermal and a visible-light HD camera. Next to fire detection, this camera can also function as an onboard security and passenger monitoring system. The FLIR RSX-F captures the heat signature of train passengers to determine seat occupancy. This allows rail operators to optimize passenger flow on platforms, and even adjust the HVAC system appropriately.
For more information on fire detection with thermal imaging cameras, have a look at www.flir.com/rail. 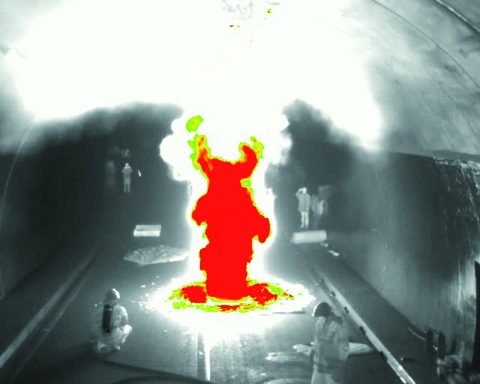 Thermal imaging cameras can help prevent fires, by detecting hot-spots, or detect fires in an early stage so they don’t have a chance to spread. 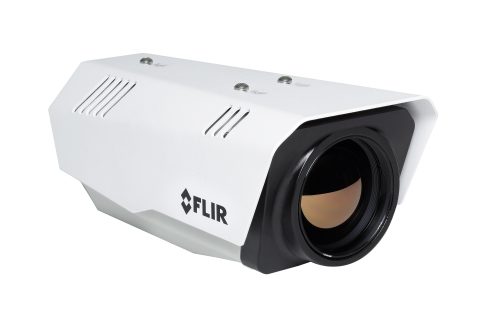 The calibrated FLIR ITS-Series Rail camera can measure the temperature of any object in its field of view, which allows it to detect fires at an early stage. 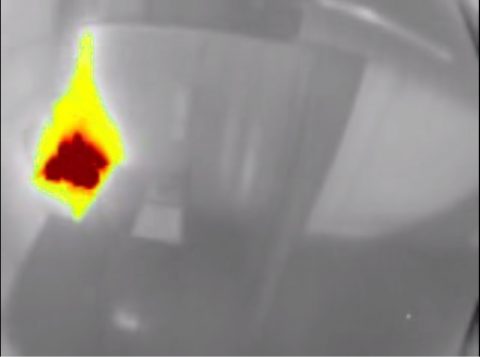 Thermal imaging sensors cannot only detect and recognize a rapid rise in temperature, but also the size of a fire and the movement of hotspots. 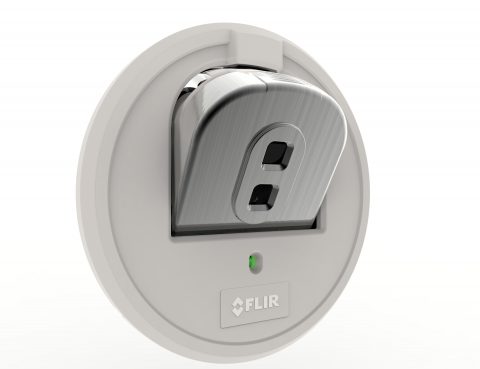 The FLIR RSX-F is an intelligent sensor that provides advanced, non-contact fire detection on passenger and cargo trains.