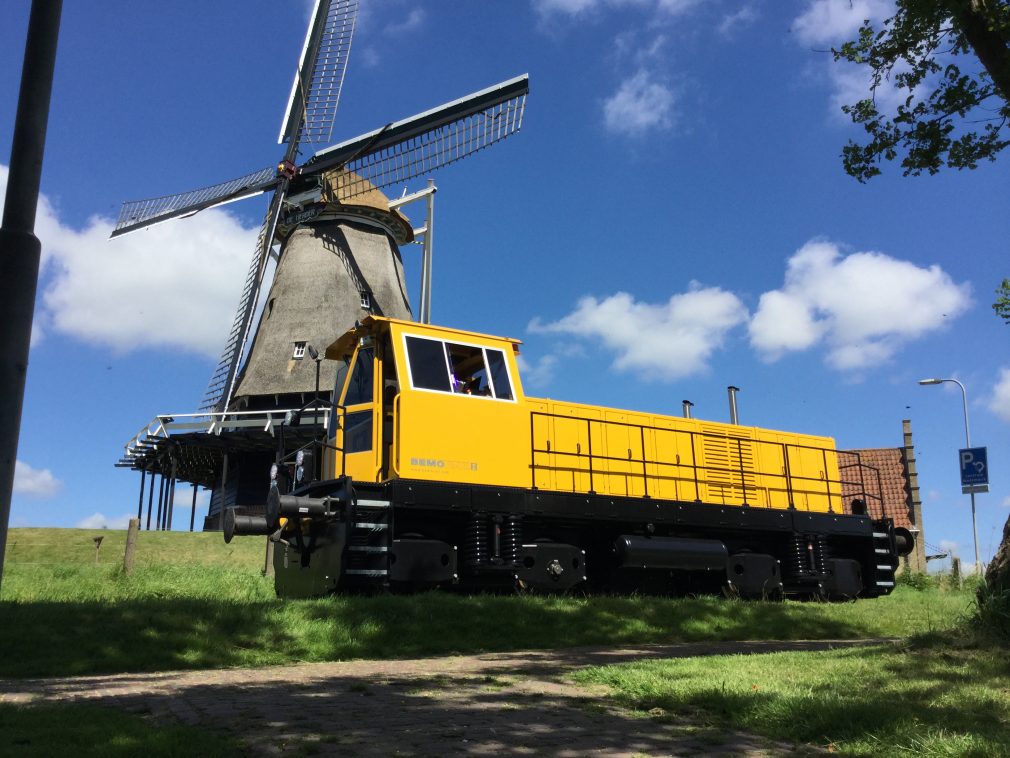 The Dutch company Bemo Rail has grown extensively over the past 40 years and has developed into an expert recognized all over the world in the field of rail systems and rail-related means of transport. Meet them at RailTech Europe 2017 on 28, 29 and 30 March in the Netherlands.

Bemo Rail assembles and maintains crane and rail tracks, industry track and also supplies all sorts of related products like clips, sleepers and sole plates.  In addition to this the company is specialized in customised fabrication, overhaul, maintaining and rental of shunting vehicles, locomotives and shunting systems. There is also the Bemo Traverse System, which is a prominent equipment used at container terminals and maintenance workshops.

With an experienced team of professionals Bemo Rail aims at the perfectly practicable logistic solution for his customers.

Shunting locomotives for Iran and Taiwan
Recently we’ve built three brand new diesel locomotives. A big four-axle one for Iran; BRD150. And for Taiwan we’ve built one four axle loc BRD130 and a smaller one BRD50. The type number designation refers to a tensile force in kN. Both four-axle locs have a speed limit of 50 km/h, which is very fast for a shunting locomotive. For that reason we’ve tested the diesel engine locomotives extensively at Museum Steam Tram Hoorn-Medemblik.

For Bemo itself the almost 11-meter long four-axle vehicles are the greatest ever built before. The drive is hydrostatic, which guarantees a continuous regulation and a high starting torque, coupled with optimum user comfort for the operator.

After passed the FAT we’ve largely sealed all locomotives -in order to prevent damage- and so the locs left Bemo Rail ready for shipment to the distant foreign destinations.

“The whole process is much faster than building a total scaffolding. Which practically means 18 hours less operational downtime of a working crane,” Martin Sanou, Project Manager at Bemo Rail.

The Dutch firm’s maintenance system can be installed between the trolley rails at a port within three hours and provides a multifunctional platform to carry out inspections and repairs. This compares with a typical 21 hours of downtime for a crane when scaffolding has to be constructed.

The maintenance platforms consist of three separate parts and can be transported in a single 40 foot container. On location the platform is easily constructed by crane or fork lift truck which will lift the platform in place before the wheels are folded out automatically with a remote control, also the platform has a driving device to move the platform easily along the trolley track.

The company currently markets two types or maintenance platforms with lengths of 4 metres and 6 metres respectively. Both of these come with an option to equip the platform with a lifting hoist for ‘short rail end pieces’ and can deliver a maximum loading weight during operations/maintenance work of 1,700 kg.