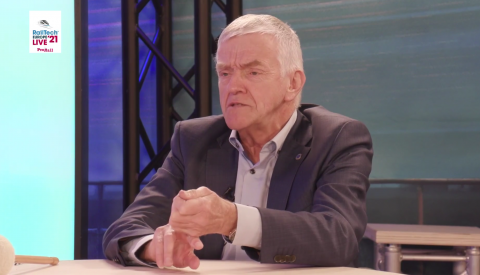 “The implementation of European member states is often a weak link in the chain when it comes to implementing European legislation. The European Commission should put more pressure on European countries to more foreward.” This statement was made on Monday by Wim van de Camp, Dutch ambassador for the European Year of Rail.

The European Commission has set high goals for rail transport and aims to double high-speed rail traffic within ten years and to triple it by 2050. Rail freight traffic must also have doubled by that time. In Van de Camp’s opinion, these goals are necessary because “there is a need for change, also for multimodal approaches”.

He emphasises that member states should focus more on working together. “That is the advantage of this year. The European Year of Rail is meant to connect all the 27 member states and to give a positive injection to international connections and leave the national interests behind.”

Van de Camp mentions that three points should be investigated. The first one is cross border rail transport. “If you have to go from the Netherlands to Belgium or from Tsjechië to Slovakia, it is always a challenge to cross the border in a smooth way.”

The third important thing that he thinks needs to be improved is international ticketing. For example, it should be “much easier for international Erasmus students to buy a ticket from Amsterdam to Bologna”. Ticketing should be combined with “an international timetabling system”.

Corina de Jongh, director of Railforum, explains that for the European Year of Rail her members have worked on improving international connections. She explained that the Netherlands wants to be the front runner when it comes to ticketing. “With the OV-chipcard we already have almost twenty years experience with a national ticketing system. The Netherlands also has a national information system. We have a lot of knowledge and experience that we can share with other countries.”

She points out that booking a international train ticket is still very complex and it is difficult to book a ticket more than three months ahead. “To book earlier most of the times is cheaper but you also you want to plan your trip earlier.” Mobility as a a Service (Maas) is also included in the plans of the Netherlands. “If you talk about international European railways, you have to arrange transport from the station to the location you need to be.”

Karin Haaksman, who represents the Netherlands in Unife, expects that innovations will also play an important role in the European Year of Rail. “Innovation is very important for the railway industry because it is a way to distinguish yourself. Innovations are needed to make railway a safe and sustainable mode of transport.”

On the other hand, she hopes that these innovations will enter the market quicker. “Nowadays, a lot of these innovations are still on the shelf and are not used. I think one of the reasons is that there are a lot of national rules that are put above the European standard. If we want to achieve one single railway area, we should not use national rules. I really hope that in the joint undertaking of the European Year of Rail we can make a change.”

“You see that national member states are still the frontrunner, but if we want one single system we have to put the European system in the front and then the national system.” She mentions that the railway sector has encountered these problems with the implementation of safety systems such as ERTMS and the approval for trains to run in a certain country.

Railway sector should step up

Justus Hartkamp, Deputy Director Corporate Strategy at ProRail, adds that the railway sector “should step up to the next level” to play it’s role in solving the climate crisis. “We should really not only start thinking internationally, but also act internationally.”

“What we currently do is that we first fix the national system, which is important given the huge demand. When we have the national system fixed, we tell our neighbours the international train is at the border at a certain time and then they have to see wether it fits”, he explains. “What we want to do now as infrastructure managers across the borders is develop a draft timetable for some years ahead. We see which operators will be interested and are also sure that demand will still be there after the crisis.”

The kick-off of the European Year of Rail is part of the digital rail event RailTech Europe, which takes place on three different stages from 29 to 1 April. These four days can be attended via the network platform of RailTech Europe. You can register for free with the following code: RailTechEurope2021. 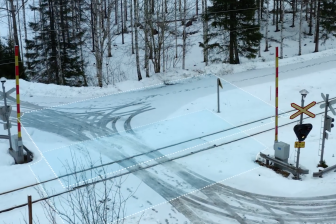 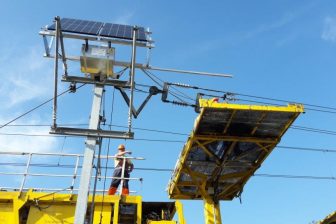 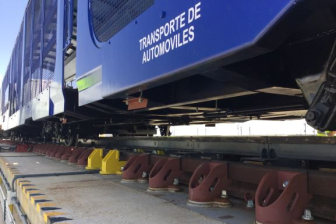