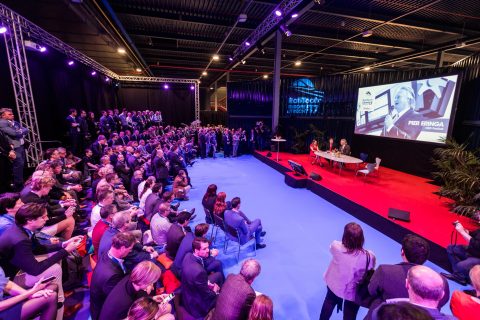 How to improve rail terminal efficiency?

Inland terminals are gaining importance in the rail freight landscape, but how many of these terminals should there be in order to support the flow of goods by train? Terminal operators from all over the world will come to discuss this at the Freight and Terminal Conference – Improving Rail Terminal Efficiency, on 28 March in Utrecht, the Netherlands.

Represented are large players such as the Cabooter Group, responsible for the upcoming Greenport Venlo in the Netherlands and PKP Cargo, operating most of Poland’s terminals. Russian RZD Logistics will share its experience on inland customs clearing, while Dutch consultant Rob Spierings shares his experience in setting up a network between Coevorden in the Netherlands and Bentheimer Eisenbahn in Germany.

The conference is a meeting point between terminal operators and rail freight stakeholders. The efficiency of terminals is key in the transport chain. Here, the potential to improve efficiency is discussed from a variety of perspectives. Take for example automation. The decree to which, especially inland terminals have embraced new technologies can be very different. Leading terminals such as Wiencont in Austria and Duisport in Germany share their best practices.

The importance of terminal planning, simulation, process modelling and integration management for successful terminal automation is highlighted by HPC Hamburg Port Consulting, while a terminal designer from Kalmar shares his view on the right approach for different kind of terminals. But you should not look at the terminal alone; the market has certain demands, such as facilitation of longer trains, Rob Spierings will point out.

Time of arrival remains a crucial factor for all parties involved. There are many initiatives underway to improve the accuracy of the estimated time of arrival (ETA), such as the ELETA project backed by the EU. Meanwhile, large port terminals aim to facilitate rail traffic management with new, digital solutions, such as the ports of Rotterdam and Antwerp. All are represented at the conference.

However, it is equally important to discuss what happens on the ground. Although improvement is on the way, train delays still play a role on the rail freight sector. Who pays for these delays? The train operator? The terminal? This much-debated question will be discussed in a panelgroup consisting of high-level speakers from Hupac, Duisport and Wiencont.

The conference only takes up one day of the three-day exhibition fair called the Freight and Terminal Forum. As part of the larger RailTech Europe 2019, this event is held from 26-28. In addition to the conference, there will be more than twenty workshops. Visitors can sign up to gain knowledge about topics such as the Swiss modal shift policy, high-speed rail for freight, sanctions on Iran, or blockchain applications, to name a few.

The fair also includes a Startup Festival, a marketplace of innovation in the rail industry and an award show, with a dedicated rail freight award category. All information is available on the website. Companies interested in participating can download the brochure. Registration for visitors has already opened.

Passengers trains to return on Polish railway line after 30 years