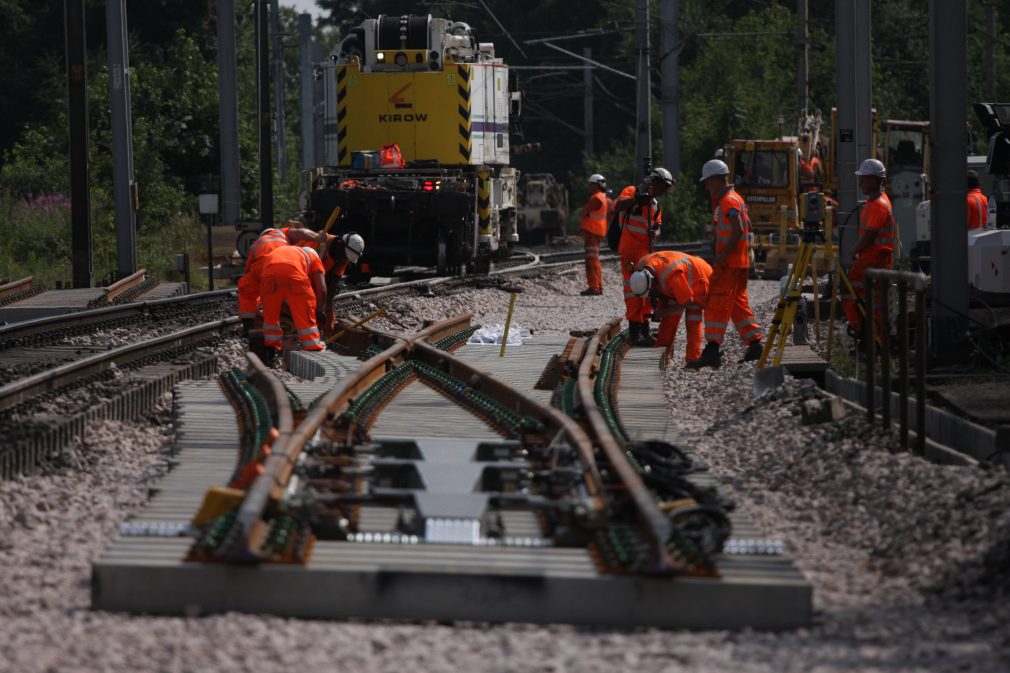 Network Rail is introducing a warning system that will ensure that trackside workers can get off the tracks if a train approaches. ‘’Currently, a trackside worker stands on the lookout in order to warn their colleagues in time. We want to remove this human factor and replace it with a more reliable system’’.

The Signal Control Warning System (SCWS) receives information from interlocking the position and direction of the trains and the signals along the tracks. Through this, trackside workers are warned automatically and on time, allowing them sufficient time to safely leave the track. “At this moment we are testing a prototype SCWS in our Training Centre in Kent.”

Network Rail is also introducing a solution whereby trackside workers can block the train traffic using a handheld computer. This solution has a higher integrity and reliability than the Rule Book Line Blockage system currently in use by the operators. Prescott says: ‘’The trackside workers can log into the system and immediately create a safe workplace. With the Rule Book Line Blockage it could occur that the timer was incorrectly set.’’

Alongside introducing the new system, Network Rail is working on increasing the safety culture among trackside workers. Says Prescott: ‘’We are in talks with the Unions about the introduction of the new system. As employees will be involved in its development, we hope that they will have more faith in the technology. We are also looking at usability in the development of the system. The systems that we currently use are rather complex, and that’s something that we want to change.’’

Network Rail will soon pay a visit to Dutch organisation Rail Alert to lean from the approach of the Dutch railway sector. Part of the Safer Trackside Working Programme of the British rail infrastructure manager is to reduce the work to continue the track during the timetable back.

In the Netherlands, the rules for working on the tracks during operations tightened since 2014. At nighttime track work two parallel tracks will be closed to enhance rail safety.

Marc Prescott will give a presentation on Thursday 19 March about the Safer Trackside Working Programme at Rail-Tech 2015. His presentation is a part of the Conference Rail Safety and Compliance. See the full programme and register now.