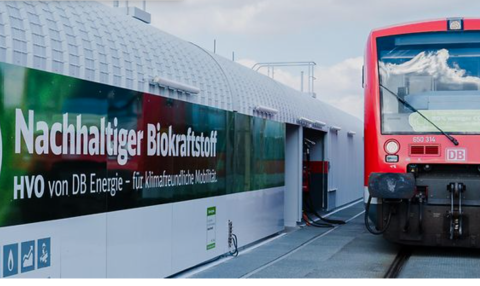 The European Parliament on Wednesday approved a report on the Alternative Fuels Infrastructure Regulation (AFIR). This heralds the next step for Brussels in setting up a new legal framework for the rollout out of infrastructure for alternative fuels, as well as the for the availability of that infrastructure.

The report was led by German rapporteur Ismail Ertug (S&D), and sets the European Parliament’s negotiation position for talks with EU member states on the draft EU rules for the AFIR. This upcoming legal framework is aimed at spurring the deployment of recharging and alternative refuelling stations for transport, including rail.

The plans are part of the European ‘fit for 55’, a package of proposals to reach the climate goals. One of these proposals was to update the existing 2014 directive on alternative fuels infrastructure and turn it into a regulation.

With the vote in the European Parliament, the EU can now embark on its course for the decarbonisation of the transport sector, said the European Rail Supply Industry Association (UNIFE) and the Community of European Railway and Infrastructure Companies (CER). They applauded the move and call upon the European Commission and the member states to endorse parliament’s position.

“The deployment of alternative fuels solutions in the rail sector is already a reality in many European countries and is set to grow even further in the coming years. This clearly shows rail suppliers and operators’ joint commitment to further contributing to the development of the zero emissions trains market in Europe. For this reason, an adequate European regulatory framework that reflects this growing market was very much needed”, UNIFE Director General Philippe Citroën noted in a reaction.

The AFIR proposals include ensuring a sufficient level of alternative fuels infrastructure across the TEN-T network segments where electrification is not possible. It also enshrines the role of alternative fuels in the shift away from train that still run on fossil fuels, as well as the ‘energy efficiency first’ principle.

“Rail is today the greenest means of transport for both goods and passengers and we are committed to further increase our contribution to reach EU environment goals. 80 per cent of train kilometres already run today on electric energy but of course, as the report says, not all lines can be electrified. We need to progressively shift from diesel locomotives to green technologies but to do this we need access to a proper infrastructure for hydrogen’ CER Executive Director Alberto Mazzola says.

Interested in alternative fuels infrastructure for rail? Block you calendar for next year’s Rail Infra Forum about this topic. Click here for more information about the event.

Contemporarily, as well, simply for obeying Goal of EU… decisively, mere railway infrastructure now has to be upgraded!
(Being the safest and most energy effective on shore mode, should not obstruct from the shift needed for proving optimal – for ware owners, that have shifted strategy, to “On Demand”! …
Electrification, yes, but optimal, etc.!