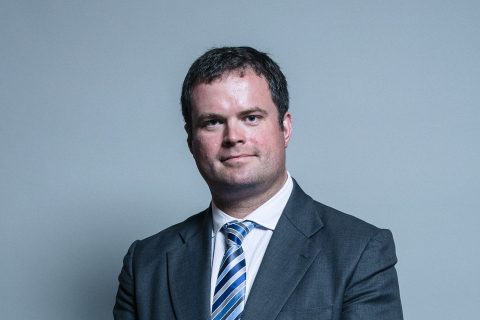 Britain has a new rail minister

The UK government reshuffle may be a work in progress, but there is one more post holder on board. Kevin Foster may be a new name to the rail fraternity, but he is a well-known face along the corridors of power, soon to take up his appointment as the new rail minister at the Department for Transport.

While designated as a junior ministerial post, there is nothing subordinate to the rail minister’s portfolio. It is fortunate then that the new holder of the position has plenty of experience. Foster, the new incumbent, has served in some ministerial posts already and is keen to make a start.

Local and national issues in mind

If there is one rail matter of which Foster is already well aware, it’s the ongoing question of seawall defences at Dawlish. As the member of parliament for the nearby Torbay constituency, every journey to parliament in London takes him over the rails and past the seaside community that is now bracing itself for another winter of Atlantic storms, hoping the extensive works by Network Rail will keep the line open, whatever the weather.

There has been significant campaigning, particularly over the last two years, for the reinstatement of a more robust inland route, which was closed during the rationalisation programme of the late 1960s. The route would give an alternative connection between Exeter and Plymouth via Okehampton and Gunnislake. It would be unlikely if that local issue is not in his mind, if not actually at the top of the new minister’s inbox.

Foster will also be aware of the growing aggregates traffic from the West of England. Although the local economies of Devon and Cornwall are perceived as tourism and agriculture driven, the region has a significant industrial contribution. Widespread mining, mainly for tin, was once the mainstay, but now Exeter and Plymouth industrial centres contribute heavily. Rail freight is dominated by aggregate traffic, but future opportunities exist in lithium mining to support the battery industry.

Of course, the rail minister will be looking beyond the constituency boundaries to fulfil his portfolio. Undoubtedly, the contentious industrial relations issue will await him on his desk. With the new transport secretary, Anne-Marie Trevelyan, reported to have reached out to the major trades unions representing railway staff, Foster may very well find his immediate duties have him addressing more pressing issues than freight development opportunities in the South West.

Among the first to react to the ministerial appointment was the Railway Industry Association. “This is an exciting but challenging time for the railway industry, but the industry needs the right support from Government to make the most of its future potential”, said their chief executive, Darren Caplan. “On behalf of RIA and our members, I’d like to welcome Kevin Foster to his new position as Minister of State for Transport with responsibility for rail.”

The RIA’s recent six asks of the new Government set out their understanding of what that support should look like – ranging from making sure there is no hiatus in rail work during the transition to Great British Railways (the new overarching management body) and ensuring significant projects such as HS2, East West Rail and Northern Powerhouse Rail are delivered in full. “I’d also like to put on record our thanks to Wendy Morton, the previous rail minister, for all of her hard work”, added Caplan.

Frustrations, Brexit, etc. are symptoms, revealing EU:s and nations’ failure, to meet with a market changing.
(Accordingly, railway standards optimal 100 years ago, when steam was shifted out, since long are due for outing.)
Quantity now spent, virtually is cementing – and devastating.
Post Brexit England/Scotland is free, for a decisive own goal, a goal for benefitting off nearness to ports.
(An upgraded New Old Railway shall provide for nearness to and between ports – Advantage…)