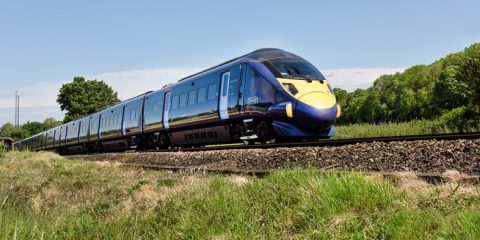 Following a breach of its franchise agreement, London & South Eastern Railway Limited (LSER) has been issued with a penalty of 28 million euros (23.5 million pounds) by the British government. The penalty notice, announced by the Department for Transport (DfT) on Thursday.

After investigations by the DfT it became clear last year that between October 2014 and March 2020, LSER had deliberately concealed over 25 million pounds of historic taxpayer funding relating to HS1, the UK’s first section of high speed rail from the Channel Tunnel to London, which should have been returned to the British taxpayer.

In September 2021, the Transport Secretary announced that the franchise would not be renewed with LSER and would be run by the so-called Operator of Last Resort (OLR). Consequently, LSER ceased operating the Southeastern franchise on 17 October 2021.

The penalty comes on top of the 64 million pounds that LSER owed to the taxpayer being recovered by the Department for Transport (DfT), after deciding not to renew LSER’s contract. “LSER’s behaviour was simply unacceptable and this penalty sends a clear message that the government, and taxpayers, will not stand for it”, said Transport Secretary Grant Shapps in a statement.

Since OLR took over Southeastern, services have continued as normal and the rollout of Citybeam trains on their metro network continued at the normal pace, says the DfT. In the UK, the Operator of Last Resort maintains the continuity of passenger rail services if a passenger rail franchise terminates and is not immediately replaced, which is the case with the Southeastern franchise.

Southeastern covers routes between London, Kent and East Sussex, one of the busiest routes in the UK. LSER is owned by Govia, a joint venture of UK transport company Go-Ahead Group and Keolis. Following the breach of the franchise agreement, Go-Ahead Chief Financial Officer Elodie Brian resigned last year. The Group has accepted that serious errors were made in relation to the LSER franchise with respect to engagement with the DfT over several years and has apologised to the DfT.