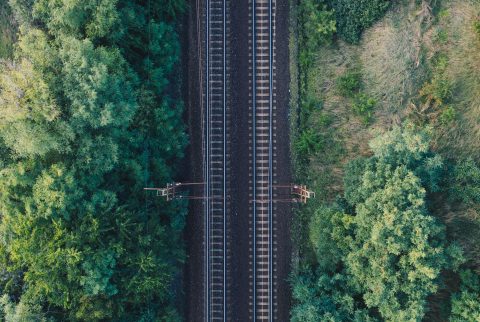 Europe’s major railway players have called for massive investments in rail. 33 railway companies from 24 European countries signed a pact to that end during the European Railway Summit in Paris on Monday. With the ‘European Railway Pact’, the companies als commit to reducing the sector’s greenhouse gas emissions.

The companies, which include both infrastructure managers and passenger and freight operators, committed to reduce train-related greenhouse gas emissions with 30 per cent by 2030 compared to 2015 levels. Energy efficiency should be increased by 25 per cent and rail should be carbon neutral by 2050, in line with the EU’s aim. Another ambition is to ‘significantly increase’ the recycling rate of railway equipment by 2030. By how much remains unclear.

Many railway-related companies and organisations came together on the European Railway Summit on 21 February to formally close the European Year of Rail, which was last year’s theme year of the EU. Among others, the bosses of the the German railways Deutsche Bahn, Austrian ÖBB, Belgian SNCB, Danish DSB, Finnish VR, Hungarian MÁV, Italian FS, Luxembourg CFL, Dutch NS, Portuguese CP, Slovenian SŽ, Swiss SBB, Thalys and Eurostar signed the pact.

The rail operators and infrastructure managers from all over Europe say they “share the responsible principle that railways must play a priority role in the fight against climate change, and are therefore making a real commitment to developing the rail sector across Europe.”

To achieve efficient door-to-door mobility of passengers and goods in Europe, the railway companies note the importance of customer experience, which they want to improve. “From reservations to passenger information in real time thanks to digital technologies, as well as for international rail services, including night trains, we need to do better to make the train a more attractive means of transport.”

‘Not a cost, but an investment’

The fight for the protection of the planet and against climate change is not a cost but an investment, the railway companies say. They emphasise that new (financial) resources are therefore needed to better finance the railway system and public transport in general. “Funds are needed to invest heavily in the modernisation of railway networks, to increase their capacity and interoperability, to support operators in the modernisation of their rolling stock”, they say in the pact.

Finally, the companies call on the Member States and the European Union to promote fairer competition rules between all modes of transport, including the positive and negative external factors of each.