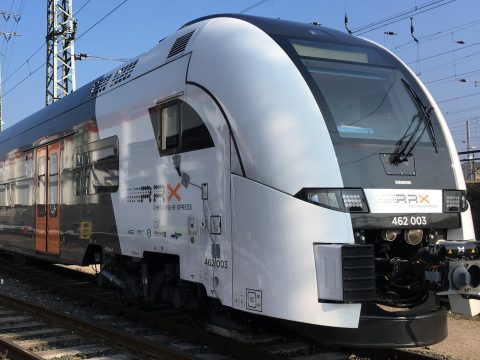 Abellio will disappear from a large part of the German railway network on 1 February 2022. The five concessions of the ailing rail operator in North Rhine-Westphalia will be terminated prematurely. Abellio, a subsidiary of Dutch Railways NS, is not allowed to bid for emergency concessions that will replace them.

Abellio Germany is in dire financial straits and therefore, in recent months, solutions were negotiated for each concession to be able to continue running trains without losses. In the Ruhr region, a proposal by the transport company to open up the concessions with new financial conditions was rejected on 22 November. Now Abellio has been told that the emergency concessions will be awarded to another operator.

With the decision in North Rhine-Westphalia, the restructuring of Abellio Germany has entered its final phase. This decision was taken to prevent NS as shareholder from having to provide additional financial support for the unprofitable concessions for years. In a court-supervised procedure, a solution was sought for each of the nine concessions in five states in recent months.

In North Rhine-Westphalia, these negotiations came to nothing and an emergency concession was preferred to Abellio’s proposal. The three transport authorities say in a statement that awarding the emergency concessions to Abellio is not an option for legal reasons. Chances that the transport company can reliably deliver the required services are estimated to be very small. The commissioning parties do not want to expose passengers and staff to the associated risks.

Abellio’s approximately thousand employees were assured at a meeting that they would be able to keep their jobs. However, they will be employed by the new transport operators.

NS as shareholder and Abellio Germany itself are surprised and disappointed by the decision. “Surprised because the alternative – an emergency concession as of 1 February and subsequent new tenders – is more expensive for the client and involves a lot of risk. And disappointed because Abellio Germany’s bid had the sincere intention of continuing its operations in North Rhine-Westphalia.”

Later this month it will become clear which carrier or carriers will take over the train services for the next two years in an emergency concession. They will make use of the Abellio rolling stock, which is owned by the transport authorities. The Ministry of Transport of the state has promised to compensate the extra costs of the emergency concessions up to €380 million.

In three of the four regions, Abellio Germany did reach appropriate solutions with its clients, which are now being worked out in more detail. In Central Germany, the concession in Saxony-Anhalt will be surrendered in December 2023 and that in Thuringia will be continued under new financial arrangements. The Lower Saxony region also has a profitable concession that will be continued. In Baden-Württemberg, the concession will be taken over by local operator SWEG, which is owned by the grantor. The aim is to realise this on 1 January 2022.

This means that ultimately two of the nine concessions will remain. It is expected that Abellio will be able to operate at least cost-effectively after this restructuring and the associated one-off costs. NS will also remain within the risk framework agreed with the Ministry of Finance – the carrier’s shareholder – for its foreign operations, the aim of which is to benefit Dutch passengers.

Over one third of revenues

The concessions in North Rhine-Westphalia account for a significant part of the German activities of NS, which has been operating in Germany with Abellio since 2008. One in six kilometres of regional rail transport in the state is operated by Abellio. In 2020, revenues in this region amounted to almost 262 million euros, more than 35 per cent of the total turnover in Germany.

The restructuring therefore prevented NS from having to continue providing support for its German operations for years to come. Without intervention, the losses would increase to 30 to 50 million euros per year. These are mainly the result of higher personnel costs due to new collective labour agreements and higher costs due to more work on the tracks. Earlier this year, outgoing Dutch Finance Minister Wopke Hoekstra called this an unacceptable prospect, because the German concessions run for another eight to twelve years.