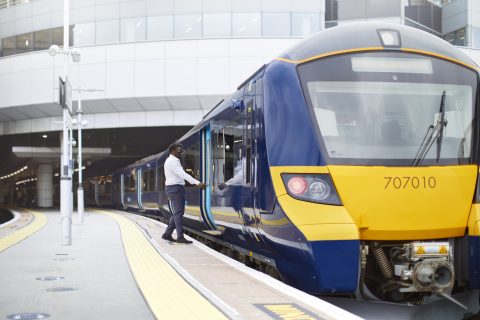 UK government strips Southeastern of franchise and takes over

The UK government takes over rail operations from operator Southeastern from 17 October 2021, after a serious breach of the franchise agreement’s “good faith” obligation was identified relating to 25 million pounds. Transport Secretary Grant Shapps has announced this on Tuesday.

An investigation conducted by the Department for Transport has identified evidence that since October 2014, London South Eastern Railway (LSER) has not declared over 25 million pounds (30 million euros) of historic taxpayer funding which should have been returned.

The UK government’s ín-house operator’ OLR (Operator of Last Resort) will take over the running of rail services in the south east starting October 17.

Southeastern operates between London, Kent and East Sussex, one of the busiest routes in the country. It is owned by a joint venture of UK transport company Go-Ahead and Keolis. Go-Ahead Chief Financial Officer Elodie Brian has announced to resign following the matter.

“We recognise that mistakes have been made and we sincerely apologise to the Department for Transport”, said Go-Ahead Group’s Chairman, Clare Hollingsworth in a statement. Go-Ahead says that the transfer decision is a consequence of ongoing discussions with the DfT regarding the historical calculation by LSER of the profit share over a number of years and related additional matters, which they announced earlier in August this year.

Along with other LSER shareholder Keolis UK, Go-Ahead commissioned an independent review into this matter on 11 August led by their respective Chairs. This review is still ongoing.

The money concerned has been recovered and further investigations are being conducted by the owning group into all related historic contract issues with LSER. Following these investigations, the government will consider further options for enforcement action, including statutory financial penalties.

The government  will not be extending a further contract to LSER, as they consider the matter a significant breach of the good faith obligation within the franchise agreement. “The decision to take control of services makes unequivocally clear that we will not accept anything less from the private sector than a total commitment to their passengers and absolute transparency with taxpayer support”, said Transport Secretary Grant Shapps.

Transferring the running of services to the government’s in-house Operator of Last Resort (OLR) will ensure passengers see no interruption to their services. The organisation is run by experienced railway managers, who already own and oversee London North Eastern Railway and Northern.

The transfer will have no impact on the staff of Southeastern Railway, the government ensures. Passengers will see no change in our day-to-day operations. All tickets will remain valid after transfer and new tickets can continue to be purchased in the usual way.

In the future, the UK government will move the services back into the private sector on a new Passenger Services Contract.