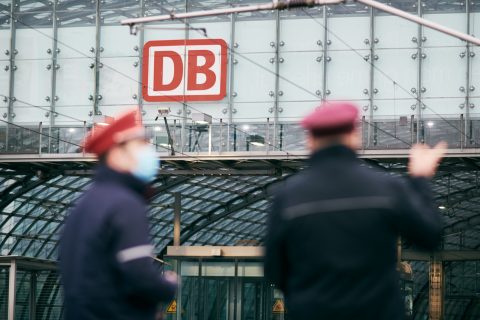 Deutsche Bahn (DB) and the Union of German Locomotive Drivers (GDL) have agreed on a collective agreement. After multiple strikes, this settles the collective bargaining conflict with the union. DB will give employees two corona premiums, and the pension scheme has been revised.

After three strikes and a seemingly unresolvable conflict, there is finally an end to the collective bargaining dispute. The last few days, there were confidential and intensive negotiations after Deutsche Bahn and union GDL approached each other on the contentious issues. GDL boss Claus Weselsky and Deutsche Bahn Personnel Director Martin Seiler presented the results at a joint press conference in Berlin. The negotiations started again with the mediation of the two Prime Ministers of Lower Saxony and Schleswig-Holstein, Stephan Weil and Daniel Günther.

The previous strikes had a large impact on rail traffic in the country. In the first wave, 75 percent of long-distance trains were cancelled, for example. Transport of goods via rail also encountered many problems.

GDL Federal Chairman Claus Weselsky particularly emphasises the previously controversial topic of company pension: “We promised to receive the supplementary pension, and we did that: The company pension is secure.”

This means a company pension for all railway workers who are hired by December 31, 2021 is guaranteed for their entire working life. Anyone who starts at Deutsche Bahn in 2022 will receive 3.3 percent from the start in the DEVK pension fund and will therefore also benefit from a reasonable company pension, says GDL.

DB and GDL have collective agreements for train staff and, for the first time, also for employees in the workshops and administration at the seven railway companies, DB Fernverkehr, DB Cargo, DB Regio, DB Regio Netz, S-Bahn Berlin, S-Bahn Hamburg and DB ZugBus Regionalverkehr Alb-Bodensee closed. There will be no collective agreements of the GDL for the infrastructure.

“There is clarity in the application of the Unified Collective Bargaining Act and no extension of the GDL’s collective bargaining agreements beyond today’s companies”, said Seiler of Deutsche Bahn. The collective agreements of the GDL are applied in their DB companies where they have a majority in members, which are currently 16.

The GDL is ready for a notarial procedure to determine the majority in the 71 companies. “If the number of members is sufficient, we will also conclude better collective agreements for our colleagues in the signal boxes, in the train stations and in the maintenance of the network operations,” said Weselsky.

DB Personnel Director Martin Seiler: “This solution keeps the railway on course, does justice to corona damage and expresses appreciation for our employees.” The larger railway and transport union (EVG) had already concluded a restructuring collective agreement with the railway. Seiler now emphasised that no EVG member should be worse off. This will be clarified quickly with the EVG. “We will make sure that if there is a discrepancy, that will be solved”, he said.