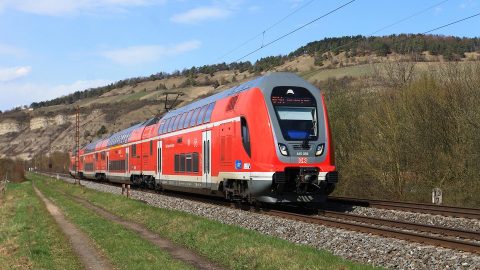 After fruitless negotiations with Deutsche Bahn, train driver’s union GDL announced last week it will hold a vote on the previously announced strikes. The vote count is scheduled for August 9, and the union expects a vote in favour. Both parties agree to a wage increase of 3.2 percent, but GDL wants the increase earlier, while DB says it needs a longer term to cope with the financial corona damage.

The GDL said it will not call for warning strikes, so there will be no strikes in the upcoming weeks. After the fourth round of negotiations at the beginning of June, both sides of the bargaining conflict blame each other for failure.

Deutsche Bahn has sharply criticised the GDL leadership’s blocking stance in the current collective bargaining round. “The GDL is continuing its irresponsible ghost tour instead of finally returning to the negotiating table”, said DB Human Resources Director Martin Seiler on Thursday in Berlin.

In response to the looming strikes, Seiler said: “With ever new threats and announcements, the GDL boss unsettles millions of rail customers who are finally looking forward to traveling again after the difficult times of the pandemic, and in the middle of summer destroys the delicate planting of new beginnings.”

Where it runs aground

The GDL wants wage increases of around 3.2 percent – in line with those in the public sector, with the agreed corona allowance of 600 euros in 2021. In the public sector agreement, the first increase of 1.4 percent goes from October 1, 2022, while GDL demands this as of April 1, this year. The union also wants the further increase of 1.8 percent on April 1, 2022, while DB says it needs a longer term of 40 months. “We need a slightly longer term in order to be able to cope with the huge corona damage”, said Martin Seiler. DB’s losses increased to around ten billion euros in 2021.

According to GDL, DB demanded an increase in the proportion of overdraft facilities from 20 to 40 percent of the shifts so that direct staff can be deployed more frequently at short notice, and announce the planning later. The train driver’s union does not want this, saying it will “make the employees, who are already stressed by irregular shift work, even more flexible and thus burden them even more.” DB said that there are no counterclaims or preconditions and calls GDL to return to the negotiation table.

Deutsche Bahn says its offer provides additional protection against dismissal, thousands of new hires and a pension plan. Seiler: “I’ll stick to it: anyone who thinks of long strikes with this package is acting completely irresponsible. On this basis, a solution is within reach”.

With the larger railway and transport union (EVG), the group has already agreed a wage increase of 1.5 percent for a period from the beginning of 2022 to the end of February 2023. This year there will be no wage increase. Weselsky rejects such a zero round. Both unions are in compete heavily with one another.