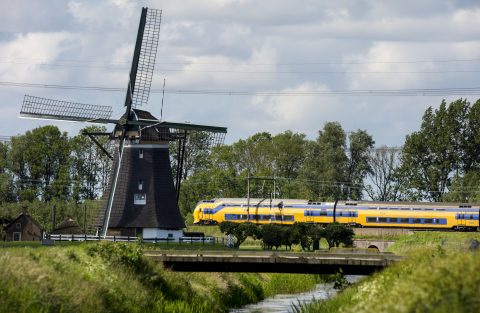 Recently, the European Commission urged the Netherlands and Denmark for better rail market access. Which arguments are made in the letters that were sent is not public, but is no surprise that these two countries were reprimanded, says Nick Brooks, secretary general of AllRail, which represents new rail entrants on the market.

AllRail is aware of the infringement proceeding, says Nick Brooks in response to the news. “Ultimately, we are not the EU Commission, and we do not know the arguments that they are making. However, whatever they are, we are not surprised at all. Particularly the Netherlands and Denmark are renowned for tendencies to treat the EU Single Rail Area as a one way street”, he says.

As an example, Brooks names that there is the “incredibly 27 year discrepancy between the Netherlands being opened and NS, the Dutch state-owned rail incumbent, entering other EU markets”. Way back in 2008, NS took over Abellio in Germany and has been able to bid for all PSO contracts in the country. Meanwhile, according to the wishes of the Dutch government, the Main Rail Network concession will be closed to all other operators until 2035. “If this happens, then this will be an incredible 27 years of a double standard”, says Brooks.

In Denmark, there is a similar situation with for example the Copenhagen S-tog rail system, he says. This was being given as a direct award to incumbent DSB until the late 2030s, although DSB has PSO subsidiary Vias in Germany since 2010. “There will likely also be many years of a double standard, says the AllRail secretary general.

As it is an ongoing case, no information on the details of the arguments made in the letter of formal notice could be disclosed by the Commission. Denmark and the Netherlands have two months to reply to the arguments raised. Otherwise, the EU body may send a reasoned opinion, a formal request to comply with EU law. If necessary, the Commission will then refer the case to the Court of Justice.