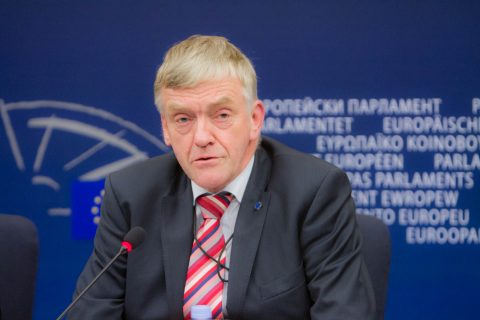 Wim van de Camp was a member of the European Parliament between 2009 and 2019. In his role as rapporteur for the fourth Railway Package, he has participated intensively in the European policy debate on the use of railways for passenger and freight transport.

According to the Secretary of State, in his role as ambassador, Wim van de Camp can act as a figure head for the Dutch railway sector during European activities “to show what opportunities travel by rail offers, not only within the Netherlands, but also between European countries and cities. In this way, the ambassador can contribute to an appealing program for the European Year of Rail”, Van Veldhoven writes to the House of Representatives.

The day before the event, on March 29, the European Commission in Portugal officially kicks off the European Year of Rail. In the ProMedia Studios in Rotterdam, RailTech together with Wim van de Camp, Corina de Jongh from Railforum, Justus Hartkamp from ProRail and Karin Haaksman from Unife look forward to the opening and do the Dutch kick-off of the European Year of the Railway. After that, the live stream from Portugal will start.