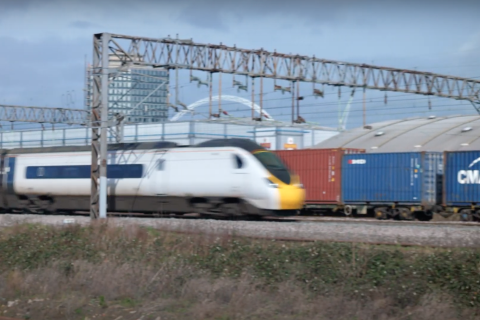 The UK government has announced this morning that it will support the passenger network for at least the next 18 months. This means that it is officially renationalising the railways, doing away with the franchising system that has been in force since the early 1990s.

The UK passenger network, which has been running as a network without passengers for almost a year, has had its future secured by the government. Westminster this morning announced that current emergency measures would be extended for at least the next year and a half. That means that passenger operating companies are placed into a concession-style arrangement with immediate effect. Contracts were, according to government sources, signed over the weekend.

Too fragmented and too complicated

UK Transport Secretary Grant Shapps, speaking to BBC Radio this morning, said that he had ended the franchising system as of today. the Department for transport would be taking on operational responsibilities. The department already runs the rail infrastructure through the Network Rail management agency.

Shapps said it had become too fragmented and too complicated for consumers to use the railways, even though passenger numbers were on target to reach an all-time high this year, prior to the pandemic. He called the measures ‘recovery contracts’ and claimed that the ending of the franchise system was a manifesto pledge of his government, although the circumstances were very different to the envisaged scenario.

The business case for passenger train operators looks much more rosy today than it has done for many years. Every operator in England can now breathe easily, knowing that potential losses are written off, and they have security of tenure until Spring 2022. They will have to forego any profit, but it is unlikely that any part of the network would be in the black before then. There is some dissent from train operators who say the concession model works well in urban, metro situations, but is not flexible enough for mixed traffic, long haul operations.

For freight operators the position is very different. Apart form the potential for government-backed contracts – such as HS2 construction, there is no direct support for the sector. Freight has been standing on its own two feet throughout the pandemic. Margins are small in the sector, but the overall picture is solvent.

Shapps called the measures ‘recovery contracts’ in his radio interviews this morning. That implies a significant degree of intervention from his Department for Transport. While these measures apply largely to England, there are similar arrangements in place in Scotland and Wales, where transport matters are devolved to the regional governments there. Scotland in fact made similar provisions last week, so Shapps could be said to be catching up with his counterparts in Edinburgh and Cardiff.