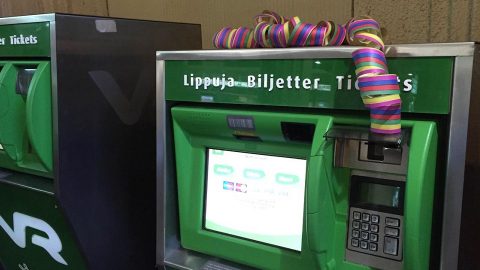 More and more passengers in Finland prefer to buy train tickets via the self-service distribution channels. Therefore, VR Group, the country’s national railway operator, is reducing the number of ticket offices at the stations.

In July VR Group closed five ticket offices in Jyväskylä, Lahti, Oulu, Tikkurila and Turku. “Most of VR’s service points have been closed so far during the spring and summer due to the corona epidemic. With the change, service points at five stations will no longer reopen their doors. This change will not affect train traffic or station waiting rooms,” the railway company stated. At the same time, the ticket offices will continue their work in Helsinki, Hyvinkää, Järvenpää and Tampere.

VR Group has been observing the decline in ticket sales at service points and the growing popularity of self-service sales channels for several years. According to the company’s data for the last five years, more than 80 per cent of its customers are purchasing the train tickets outside the ticket offices. Meanwhile, only six per cent of tickets were sold via the service points at the stations last year. As of today, the key distribution channels for VR Group are its online web store, the VR Matkalla mobile application, R-kiosks and ticket machines.