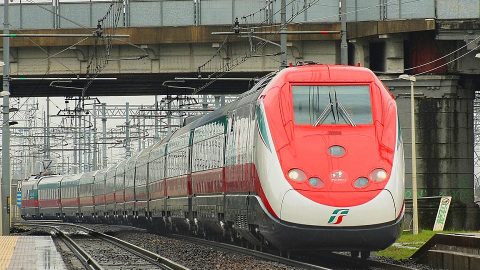 Trenitalia has introduced a summer timetable. Besides new intercity and high-speed connections, it provides several multimodal services including journeys by both trains and cars or trains and scooters. All the measures will help the Italian railway operator to boost domestic tourism in the country after the lockdown.

On Sunday, 14 June, a new train timetable came into effect in Italy. According to it, Trenitalia, the national railway operator, has launched the multimodal services to its passengers who are able to use bicycles or electric scooters for the first and last-mile connections. To this end, the state-owned company established several partnerships. In order to offer its passengers a journey from or to a train station by scooter or electric bike, Trenitalia concluded an agreement with Helbiz, the company focused on micro-mobility and sharing services. Scooters and electric bicycles are available for the passengers travelling from or to Turin, Milan, Verona and Rome.

To promote sustainable tourism, Trenitalia allowed its customers to carry bicycles, foldable scooters (both electric and otherwise), hoverboards and monowheels on regional trains for free. The maximum permitted size has also been increased in order to include the largest bikes on the market. As for the new Rock and Pop regional trains, they will also have more room set aside for two-wheeled vehicles and recharging electrically-powered two-wheelers. There is also a room for bicycles on InterCity trains.

In addition, Trenitalia passengers are able to receive two 20-minute free trips on a scooter or electric bicycle. To do this, they need to register on the Helbiz app and insert the code TRENITALIA in the Codice Promozionale section (“promotional code”) of the Pagamento area (“payment”).

Besides Helbiz, Trenitalia concluded a deal with BicinCittà, a popular bike-sharing company in Italy that is available in 25 cities (including Turin, Venice, Padua, Lecce, Trento, Treviso, Rovereto, Reggio Calabria, Parma and Perugia). The agreement includes that season ticket holders of Trenitalia receive some discounts when using the mentioned sharing service.

Another partnership is also devoted to cycling. It was signed with FIAB (Italian Environment and Bicycle Federation) and provides price cuts for the cyclists that plan to stay at Albergabici accommodations, a network of hotels, B&Bs and campsites focused on two-wheeled travellers.