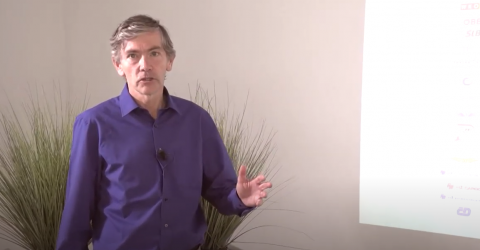 The European Green Deal, which was presented at the end of last year, is likely to be snowed under in attempts by European governments to cope with the economic effects of the corona crisis, fears CER director Libor Lochman. “Are we going to set aside our green ambitions to enable economic recovery? The CER believes that this should not be a trade-off.”

The Community of European Railway and Infrastructure Companies (CER) has seen the European Green Deal from the start as an enormous opportunity for the rail sector. “These plans can provide a significant boost to the European rail sector. Conversely, the sector will also make an important contribution to achieving the plan’s ambition to make the continent completely emission neutral by 2050,” says Lochman. The CER Director is one of the presenters at the RailTech Infra Forum digital conference that will take place on June 17-18. In his presentation, Lochman takes a closer look at the significance of the Green Deal for the European rail sector and the role that his organization wants to play in this.

Lochman realises that the situation has changed dramatically since the plans were presented in 2019. “The question is, how can we combine the COVID-19 measures with the plans that are already there? The number of long-distance passengers has decreased by 85 per cent across Europe, on regional lines by 80 per cent. Rail freight transport seems to be less affected with a declined by 25 per cent, but this means a drop in turnover of 3 billion euros.”

The crisis does not help the rail sector in its business, says Lochman. But on the other hand, he thinks it gives the opportunity to recover and improve its performance for the future. The CER expects the Green Deal to continue to play an important role in this. At the moment, this plan only offers points of reference for the railway industry. “After all, rail is the only mode of transport that succeeds in reducing its emissions of harmful substances.”

Lochman knows that the role of railways will be more prominent in the European Commission’s strategic plan for mobility that will later be added to the Green Deal. “In terms of mobility, rail will be the solution. The Green Deal goes further than just transport, but the combination of the various initiatives covered will help rail to capitalize on its technology. Rail is recognized as the most sustainable of all land transport modes. ”

CER wants to make an important contribution to the implementation of the Green Deal. Among other things, by submitting an action plan for rail freight transport, improving cross-border interoperability by rapidly implementing the TEN-T regulations, applying the CG loading gauge and by enabling 740 meters of trains and 22.5 tons of axle load. Furthermore, the CER mainly sees possibilities in applying the principle: the user pays and the polluter pays.

“This creates a level playing field for rail compared to other modalities. In addition, Member States should support the digitalization of the rail sector. Just like combined transport, last-mile infrastructure and the development of cross-border connections.”

According to Lochman, the CER has a clear agenda for the Green Deal and hopes that it will be included in the sustainable mobility agenda of the European Commission. “What remains is that we have a relatively good starting position. With the lowest external costs compared to other modes of transport such as the car.”

Libor Lochman is one of the speakers at the RailTech Infra Forum digital conference on 17 and 18 June. Look for the full program and registration on the website of the event